we are organising a tournament for Netball   on the 13 of September 2012, we want the event to be big, we want to keep the youth  of Somerset East busy and  very motivated. In past month the yout of …

we are organising a tournament for Netball   on the 13 of September 2012, we want the event to be big, we want to keep the youth  of Somerset East busy and  very motivated. In past month the yout of this town did some terribly things. There were boys  who were arrested here in Somerset East for killing  a white  man  who  has a farm that was a very bad thing it becasue here in Somerset East we are facing so many challenges like the people are selling drugs and some selling dagga so its kind…

My visit to Parliament

On Tuesday i went with i was invited to go to Parliament wit Laureus and the rest of the guys of the Sport Science Institute. I was head over hills exited it. We arrived and where warmly welcomed by some ladies who was dancing and worshiping in the smaller gallery. The Gathering and debate of this to welcome our South African Olympic athletes who just returned from the London Olympics. For me it was an great honour to be in the present of all the ministers and especially the minister of…

With such words one would imagine a violent scene out of an action /horror flick,however we spread nothing but love.

We graced the cold winter blues and headed to the Ernest Oppenheimer Park in Jhb_CBD to play ball. 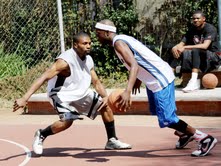 it was wonderfull to spend time with Schalki in our site  and Brur keep up the attitude you have for power people of our land , yes maybe we cant give enough to say thank you but I believe someone will do it for us one day.The patience you have is unbelievable .thanks a lot brur hoping to see you soon accompanied by ,Doctor and sim. sure guys.

What a weekend we just had. Met Youthzoners from Katlehong, Soweto, Evaton, Orange Farm and caught up with the peeps from Mabopane. Doc welcomed us all and gave us a brief about the YZ project, the intentions and underlying principles of it. He spoke about the basics of photo shooting with Ayanda showing the differences between a good and bad photo.

We left for Tarlton a new site close to home to play soccer, netball and hang out with the folks there. The soccer went well with the YZ…

Last week Wednesday, 23rd of August 2012, ABI staff in Katlehong under the guidance of Ayanda and William turned in large number to make a difference in the community. It was incredible. Not to forget to say what ABI is already doing in Katlehong through Youthzones. Young people are getting employed, some starting their own business like Vukani and Teboho 's clothing business, every sports club in Katlehong is got free internet and laptop, teams are exchanging or visiting each other e.g K1…

WE WIN THE GAME AGAINST SWALLOWS FC FROM FOLWENI 3-1 WE WAS GABLING TO SCORE GOALS AT THE FIRST HALF CAUSE WE ADDED UP 0-0 AT THE END OF FIRST HALF. SECOND HALF FIRST 10 MINUTE WE SCORE 2 GOALS FULL TIME IS 3-1 THE TO EVERYONE OUT THERE FOR SUPPORTING US THANKX TO WIN THIS GAME 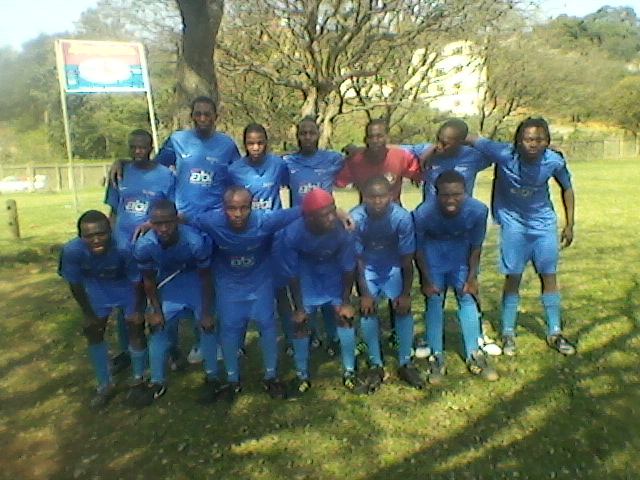 hi everyone im ayanda mbatha from umlazi juventus F C i just need to let everyone know about my job photo editor i do edit your picture like u will never believe eg; im open for anyone like all youthzones branch for more infor cantact ayanda mbatha 0719357642/ 0760471602 or ayandanuz@gmail.com in facebook im ayanda.mbatha.18 twitter @ayandambathao2 thank u for your attention … the day started with the under 13 and 15 battling  it out t he teams which where participating is royal wogunners fc,cosmo conquerors,monash and islanders fc the boys played it out entertaining the c…

the day started with the under 13 and 15 battling  it out t he teams which where participating is royal wogunners fc,cosmo conquerors,monash and islanders fc the boys played it out entertaining the crowd with their sizzling footworks until 12:00 thats when the soccer challenge started. we had 7 teams because the 8th team didnt show up but anyway it was a fun day conqurors won the challenge and  then it was party time . still in  the celebration note i will like to thank youthzones for buying…

Power of friendships and Respecting

It has been exactly a year since last I hang out with our friends in our current new ten sites and one thing it was going on in my mind was what will these guys think of me as I last saw them last year and everything was great by then and I disappeared for a year. We had to wait for a year to go ahead to work in these areas. To my surprise through our friendship, trust and respect developed between each other, all of them will still remember my name and welcome me with their excitement as I…

His loss, My loss

A fellow Zoner, a friend, a mentor, a coach, a co-worker is in pain. Simon Blangwe (Coach) has suffered a great loss of his Aunt. No matter how strong you are, death of a loved one will get to you.

I'm with the family giving condolences, the funeral is this Saturday in the Free state in Fix-burg. My her soul rest in peace and my her family find peace.

Coach, be strong my friend.

thank you youthzones for everthing you did for us 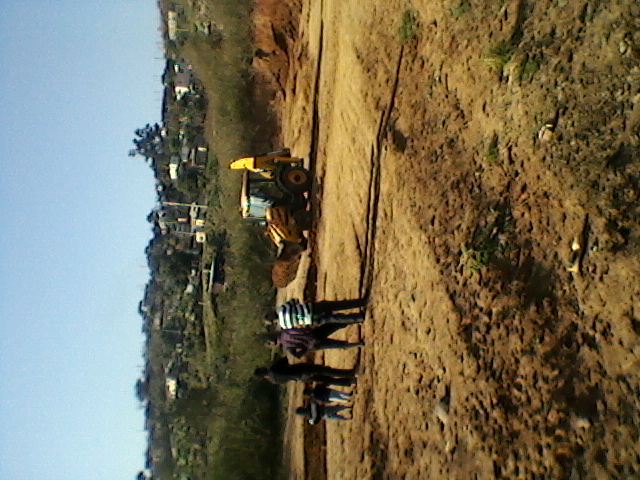 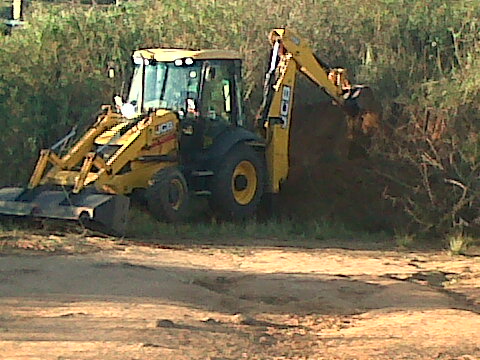 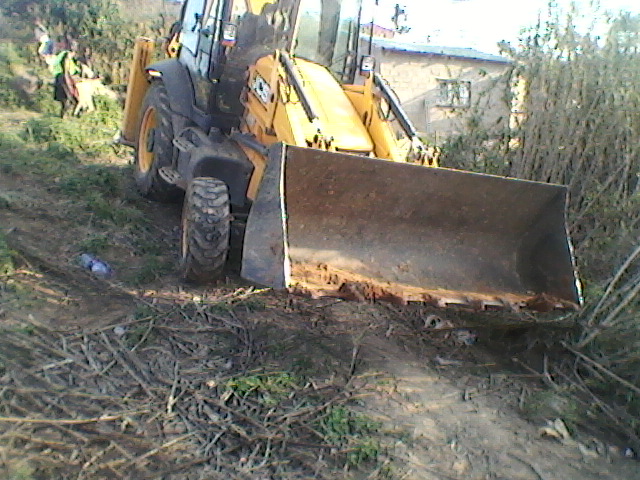 The Brazillians F.C top 4 tournament at Rietfontain village Up the bucs ground.

It was on suterday of 11th-08-2012 and first game started at 10hoo. UP THE BUCS played against BRAZILLIANS thats when Brazillians triumph with 2-0. At around 12hoo the second game started and it was BLUE JAQUERS F.C and ALL BLACKS F.C. They played draw of 0-0 AND BLUE JAQUERS won 3-2 on penality shootouts.

Thats where Blue Jaquers refuse to play final with BRAZILLIANS and we finaly decited to share the final price.

it doesn't matter how many times you i fall what matters is how i wake up and i asked god "how do i get the best out of lifee " god said "face your past without regrets,handle your present with confidence and prepare for the future without fear   youthzones has been my pillar of streanght that is y i choosse to reach out and help other, knowing i can make a differance, even though i may never withness the outcome  you are all here for a reason

Skills of living are not taught but acquired

Is definitely not easy to be secure and confident enough to stand challenges out of my comfort zones. Real skills of living are not taught in the room, classrooms or workshop but in everyday encounters and actual how one react in a certain circumstances, actual the skills are acquired. How do I react in certain circumstances or come out of those circumstances. I just reacted nicely to a middle age man of difference race and looked rich who was trying to be rude and get in front of me and…

THEMBA LOLEST thank you very much we have learned a lot more than we though we knew. big ups youthzones we need more people like you socially, mentally and sports wise, do more events like that. the camp, the night out, now we know we are not alone. thank you THEMBA, MALUME N AUNT LOL

The is nothing more i can say except for THANK YOU youthzones.I really had a fabulous friday evening and i really enjoyed and learnt a  lot.I am hoping for more nights like these to come.thank you so…

The is nothing more i can say except for THANK YOU youthzones.I really had a fabulous friday evening and i really enjoyed and learnt a  lot.I am hoping for more nights like these to come.thank you so much for the unforgettable night

you're lifted by lifting others

It is possible to give away and become richer, it is also possible to hold on too         tightly and lose everything. Yes, the liberal man shall be rich,by watering             others,he waters himself.Proverbs 11:24-25