What a weekend we just had. Met Youthzoners from Katlehong, Soweto, Evaton, Orange Farm and caught up with the peeps from Mabopane. Doc welcomed us all and gave us a brief about the YZ project, the intentions and underlying principles of it. He spoke about the basics of photo shooting with Ayanda showing the differences between a good and bad photo.

We left for Tarlton a new site close to home to play soccer, netball and hang out with the folks there. The soccer went well with the YZ players coming together to challenge Drift Aces which resulted in a 3-3 draw. I loved playing in the team since it proved to be a mission getting a position in the starting 11 and ended up with a new nickname "Gavin Lane - STABILITY". The ladies were doing their thing on the netball field: this team played two games during the weekend and won both with cricket scores. Talent I tell you. We then had a braai at the Dikgang's house the councillor there..He's a goalkeeper too. Wish we could of stayed for longer but due to time constraints we headed back to our Jozi centre where the fun continued.

On Saturday morning, we had a feedback session then I left to go watch our Jozi friends play in the Basketball Competition. The competition was stiff but they proved to be stronger beating giants from Soweto in the final. When I got to the centre I was greeted by representatives from the new Youthzones, we hung out and was pleased to meet ladies and gents from Brandvlei, Zenzele, Diepsloot and Daveyton. We played soccer then had a braai.

Thank you Doc for intro's and super weekend. 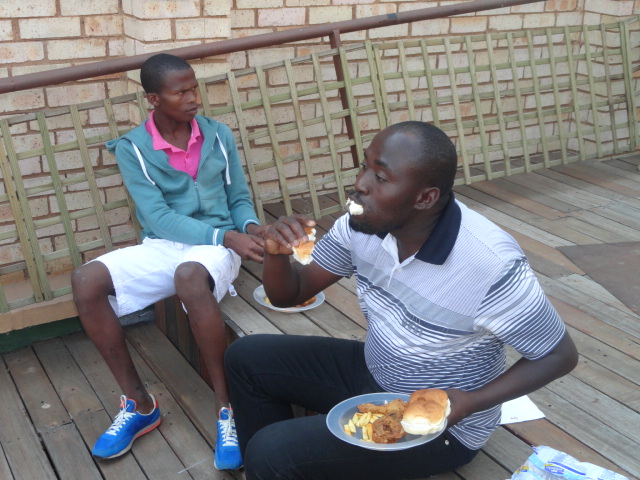 And  this is Will Smith. LOL our own Youthzones Will Smith, and hey he doesn't call himself that, the Ladies do, Lol Hahahahaha ha.....ha....ha..... This the one I love LOL What a great weekend That's great and humbling to hear feedback from you Sakhs. From my side I must say it was an incredible experience and worthwhile to hang out with legends like you who I always positively believed with good mentoring and sharing will turn out to be one of the greatest. Eeeeish,  mfana , concerning Gavin Lane issue, I won't speak more, we both know, hahaha! Ya definitely it was also nice to see all the GEDU leaders coming through on Saturday. It was beautiful. They all arrived safely also in their respective homes. keep being good, mpinci!