Bravo to Celta Vigo Development after winning the U/17 YB20Emfuleni Municipal.

It was a hive of activities at George Thabe Stadium when hundreds of children and their managers turned up to participate in the YB20 Games powered by Emfuleni Municipal. Teams competed for honours in Netball and Soccer as fans and family members shouted encouragements from the stands
Tournament organisers, YB20 Team made it to be a huge success. Everything was visible and peaceful. The Netball Trophy went to VUT Team and Celta Vigo Development took the soccer… 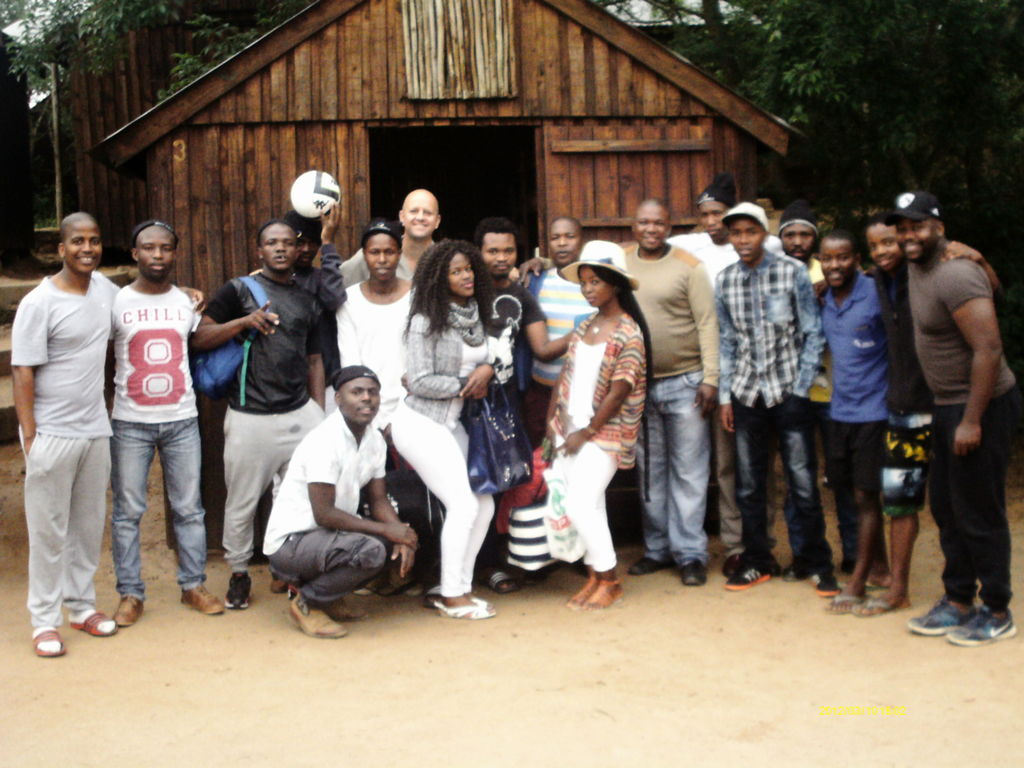 I would like thank the Youthzones family for the camp we had in KZN, it was very nice camp, we got motivated, we faced activities that I never thought I will be doing in my life or anytime soon. As we are the leaders in our communities we were even showed that we could do everything, no matter the obstacles but we can succeed. So as from now on I hope that we would do all our…

I like to talk about one pillar under youthzones umbrella - Entrepreneurial.

As youthzones leader's i think this pillar is very very important, as you can see South African economy is not doing good. Successful entrepreneur in life have special qualities which sit them apart from 98% of the population. There is a formula you can follow to be a winner in life but you must be brutally honest with yourself. Dream big, what you dream is what you do, if you want to be big, set big goals. Suck up more and more knowledge so that you are good at what you are doing. Pride… Continue

Im so happy guys.... One of my players who got injured in the right knee so badly that leads her to do the operation it all went well she is safe back home .Sadly we wont be with her for the whole 8months though she is one of our key players but safety and healthy life comes first because we dont have to rush her she must be healed first and follow Dr's instruction.....i really thank God and all those who prayed for her

serving in one of the school in our community 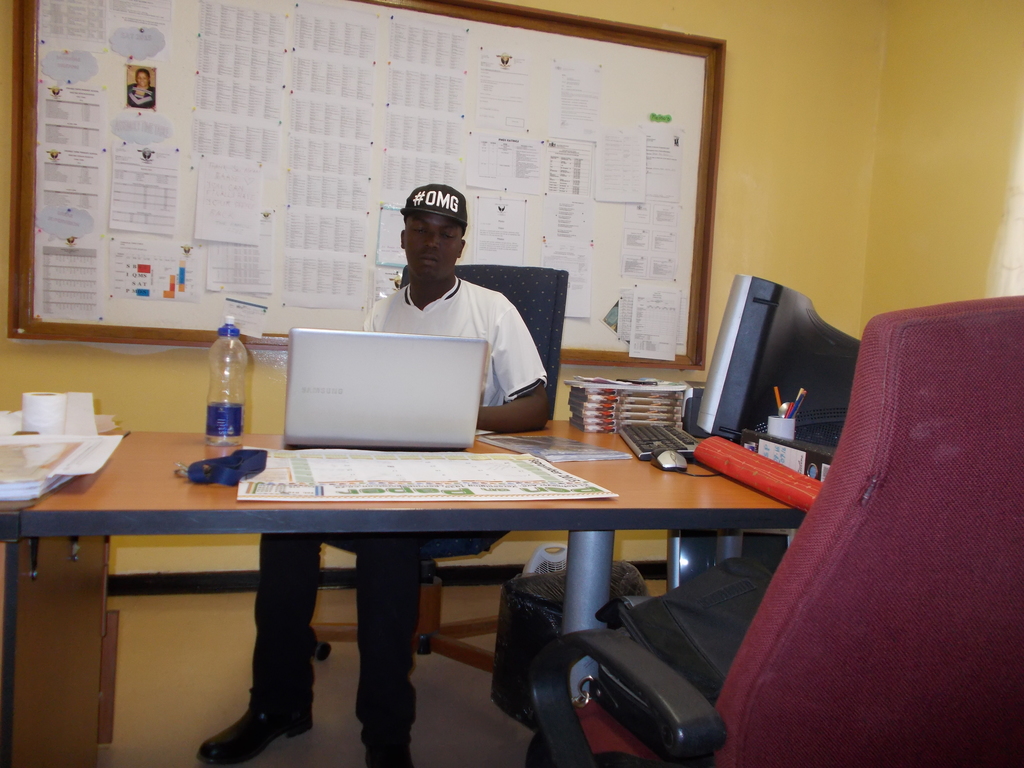 If we get to be successful, do we stop pushing?

if one happens to be successful does that mean we have to stop the motivation that started the habit to keep going?

You grow up in a big family,without no one who is worKing.You got your young sisters and brothers who are now looking at u,Because Mom and Daddy had to live job,because their need more time to drink beer,they dont care about their kids.and because you completed your high school level,3 to 4 years back,you must get a job so that you can change things around here.not forgetting you also have your own babe. who needs you to support him or her.You grab an opportunity they show you around...how…

Umlazi netball will be hosting a "eThekwini Presidential Cup Tournament" and Umlazi Indoor Sport Centre where we are training on the 3-4 October, So the Umlazi females and males netball club will be also participating.

The sad part though somewhere somehow it great because it is showing the developement or progress of players is growing , Some of the players will be off to Cossa games for team KZN colleges from 3-7 October 2015
Im happy about Youthzone ....remember WALALA WASALA

Introduction
SUCCESS IS CREATED BY PEOPLE! SHARE YOUR PASSION FOR ACCELERATED RESULTS! Your Perfect start with the BMW Fast Lane Bursary Program! This Program provides bursary opportunities for potential Masters Students!
Description
Your studies should be focused on the below disciplines

I just wanna appreciate the future leaders that was in the camp they were good it was like we have been knowing each other for a long time.

I learned a lot there that everything is possible as long as you use the knowledge that you have, think about everything deeply, be smart, perseverance and patient but u also need to risk support from other people.

It is easy to achive a good , keep trying and untill you got… Continue

I would like to thank Doc and Teremie for what they
offered to,it is by the Grace of God and being commuted to what www.Youthzones.co.za is all about, to tell the truth, Doc is the bridge to over company challenges that block your path.

Impossible = I am possible 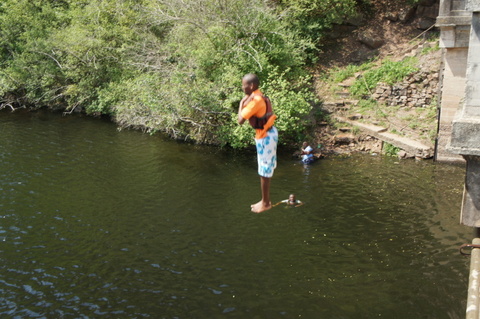 You got to understand that the words impossible its fighting itself, I once thought I will never go for the heights. Nothing is impossible

Impossible = I am possible

You got to understand that the words impossible its fighting itself, I once thought I will never go for the heights. Nothing is impossible

In life you will never go unforseen 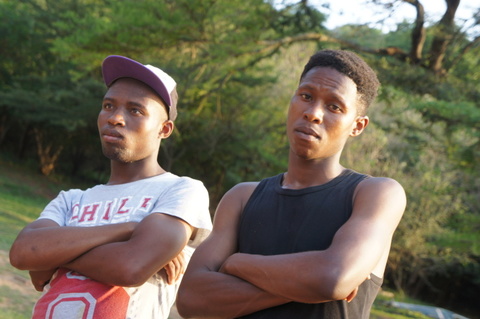 I have learned a lot of youthzones and meet up friends ,members of the youthzones  the best things that i can say  is there were activities that putted courage on me that leadership do not start by leading people before you start leading yourself.…

Thanks Youthzones for organize a wonderful Camp it was owesome. They is many thing i expirience in the camp as a leader. First i like to salute Mthoko,Doctor and Schalk for the wonderful job especial advise as leaders how to work in the community. From the camp i learn a lost if you are a leader your must have a task,team and individual. A leader lead with the example and respect.From the camp the show as howw to work as team like they walking blind and you must hear the voice of your leader,… Continue

A pain on a head can bring the whole body down, the body need the head to function well. If the head is not well that affect the body, every team is got a head which means a leader and if the team is in unity then when the head cry then the whole team crys and they rejoice together.family and friends and injury to one is and injury to all. The life is not about us only but the other people too, let us be like the hands that takes care of our heads ..we must take care of our… Continue

How do we measure success?

Everytime i wake up, this comes to my mind. Why am i waking up and what drives me. Motivators have spoken yet im not convinced by their sweet words, how does one measure success. Is it the money,happiness,love or power, how? Take a moment think about we waking up everyday working hard yet we still thriving for that one accomplishment called success. Just think about it and do add your views on the comments id love that.

tomorrow royal gunners u10,u13,u15 and u17 will be playing in the cosmo city heritage festival cup finals i think we can clinch all four trophies

No easy walk to freedom

This does not include tht formidable array of freedom fighters who have been named nd blackliste under the suppression of communism act nd those who hve been banned under the Riotous Assemblies Act.