Schalk and myself spent our week meeting our new friends at the new two established youthzones sites in Nkomazi region in Mpumalanga. Mbuzini is a very remote impoverished community and the beauty of this windy area is that is situated at the mountains separated by the border of Mozambique, Swaziland and South Africa and it is also where one can easily visit Samora Machel Memorial. Driekoppies however is bit different and is more still rural and surrounded by beautiful sugar cane plantation…

Nedbank
Now that you know what to look out for and tips on how to protect yourself be sure to tell your family and friends about the dangers of card skimming and if you ever suspect that your card or PIN has been compromised, report it immediately on 011…
Continue

Today marks the 50th anniversary of the historic March on Washington for Jobs and Freedom, where Martin Luther King, Jr. delivered his famous "I Have a Dream" speech

As people we have plans to make a difference in our lifes, plans for us to succeed, and in the world we live on today we found that chances are so small of you alone making plans on yourself. any plan you do you must think of a person next to you and do things collectively to succeed together - umuntu ngomuntu ngabantu. You start this as a team and on the way when things get tougher some will fall from the "fight". But a good team with its leaders always tries to pull them up to soldier on…

The Girls and The Boys teams community project

On the 24 August 2013, we came together as a team to do good, we cleaned 2 yards, 1 house and cooked for 1 elder gogo who has no legs; in the Freedompark, damn that felt good even if I have to say that myself. Plans forward we would love to do this type of projects more often; we would also love to adopt gogo so that we can bring much joy into her life.…

MAJANTJA AND GHANA GAME WAS POSTPONED.

my first out come for Mozambique trip

Hi everyone, hope u're all doing well after an awesome weekend. it a beautiful Monday indeed.

My first outcome for the Mozambique trip, i had fun, knowing other cultures & their values. The most important thing that I've learnt along the trip is to be creative.

We as a team have decided to be creative by helping our community. Our community is very dirty, u find rubbish all over the place, they dump in the lakes passages, main roads streets & also in…

today's head line page 8 get yourself today's paper and read what Sowetan news paper had to say about Youthsones.

Have a Great Weekend family...God is Great.

He is your Father, and His role is to protect you; He will comfort you and guide you. He will feed you; He will carry you when you are weak. He will seek you out when you go astray; He will help you in times of trouble. He will not let your enemies go unpunished; He will cherish you like a father cherishes his daughter. When you fall, He will pick you up; when you don’t understand, He will always understand.

When you feel like life is weighing you down, He will…
Continue

Today it was not only a remarkable day for the youths in Brandvlei and Tarlton informal settlement but it was also special occasion for  GDE MEC Barbara Creecy as she kept saying that this is a day to remember for her during her visit to Ithuteng High School, where she met all the leaders from other GDE sites and interacted with them, she then interacted with the learners who were learning IT skills from Siyabulela and she then went to play netball with the All Stars netball team. We then…

There are moments when troubles enter our lives and we can do nothing to avoid them.
But they are there for a reason. Only when we have overcome them will we understand why they were there.

I am not afraid to make mistakes sometime my bad work out for my good ,mistake only cost u when u don't acknowledge them pls good Friends don't afraid of challenge face it and overcome it enjoy ur day

I am not afraid to make mistakes sometime my bad work out for my good ,mistake only cost u when u don't acknowledge them pls good Friends don't afraid of challenge face it and overcome it enjoy ur day Continue 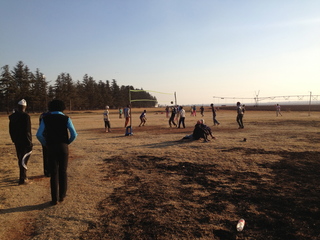 This soccer team are doing well,I was visiting them during training

This boys are playing for Ratang FC at Marakong Village in QwaQwa I visited them during their training session just to support them on what their are doing and to encourage them to keep up the good work. They inspired me alot with the effort that have done for creating their own ground that shows commitment and dedication.

So for that great work 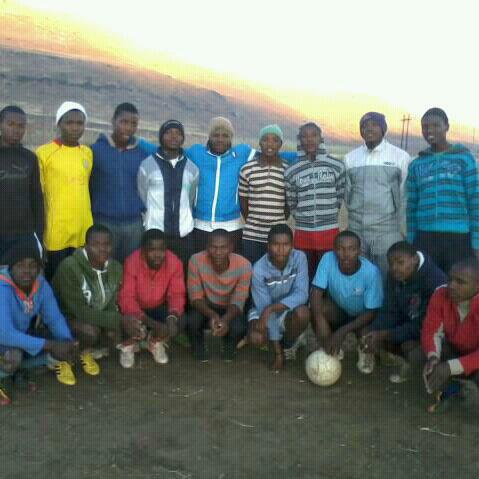 I bought them a scoccer… 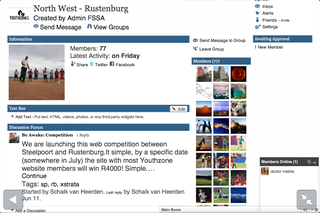 Blizzards FC wins R4000 for registering more Youthzones Website members in the Xstrata competition. The competition was launched last month between Steelpoort and Rustenburg site. Players of Blizzards FC went to internet cafe everyday and register their members and create emails for them. They chose not to sit around and complain or blame. Congrats to Tshepo…

THE DAY ZERO TO HERO VISITED TO LERUTLE PRIMARY SCHOOL

Hi family, da day we visited to Lerutle primary school i met two young taleted boys. But what hurtd me the most is that the boys hav lost both their parents, their father died in Mozambique and the mother died here in SA. What i like abt dem is that they are so respective and humble, the other boy is talented in Mechanics he can fix electronics and the young one is a soccer player and i was amaized today when he joind me in a self training setion in Majakathata ground. He dd everythng i was… Continue

Its getting tougher all the time no team is taken for granted as the finish line is getting nearer every time.