In my township young boys are killing themselves because of beign part of a gang.This is so sad some of the kids are scared to school because they are from other extensions. That is taking education of my township down .Diepsloot my paradise Diepsloot my home .

Friendship is one of the most precious gift of life.A person who has true friends in life is lucky enough.Friendship makes life thrilling.It makes life sweet and pleasant experience.
Friendship is indeed an asset in life. It can lead us to success or to doom. It all depends on how we choose our friends. True friendship is a feeling of love sharing and caring.
It is a feeling that someone understands and appreciates you as you re without any exaggeration, flattery… Continue

Crime is a serious issue of many countries in contemporary society in particular the crime rate gradually increases annually.
The first cause of crime is poverty which seemed to b the principal cause of crime. People cannot live or survive without food however in some areas the poor do not have sufficient money to buy food or other necessities. The only way to maintain their lives is to steal or rob which leads to crimes.
Second is violence from media. Some media… Continue

HIV stands for human immunodeficiency virus.
It breaks down the immune system- our body's protection against disease.HIV causes people to become sick with infections that normally wouldn't affect them.
HIV is the infection that causes AIDS.HIV has few or no symptoms for up to10 years or more before symptoms of AIDS develop.
AIDS is short for acquired immune deficiency syndrome. It is the most advanced stage of HIV disease.
There is no cure for… Continue

Entrepreneur is someone who exercise initiative by organizing a venture to take benefit of an opportunity and, as the decision makers, decides what,how and how much of a good or service wil b produced.
An entrepreneur supplies risk capital as a risk taker and monitors and controls the business activities.
The entrepreneur is usually a sole proprietor, a partner or the one who owns the majority of shares in an incorporated venture.

Leadership is an ability that requires the use of many other traits in a person.
Being a leader is a real skill that take time,thought and dedication. Leadership is the most studied aspect of business and organization because it is the one overarching topic that makes the difference between success and failure.
At times it may seem overwhelmingly complex but by focusing on some fundamentals you wil find that you can lead your team with confidence and skill...

I watched a local football match in a school playing ground. As I sat down, I asked one of the boys what the score was.

With a smile, he replied; "They are leading us 3-0"!
And I said, REALLY!!
I told him you don't look discouraged.

"Discouraged?" the boy asked with a puzzled look ...

Why should I be discouraged when the referee has not blown the final whistle?

I have confidence in the team and the managers; We shall definitely… Continue

THE ROAD TO SUCCESS

The road to success its not easy

There is a curve called failure 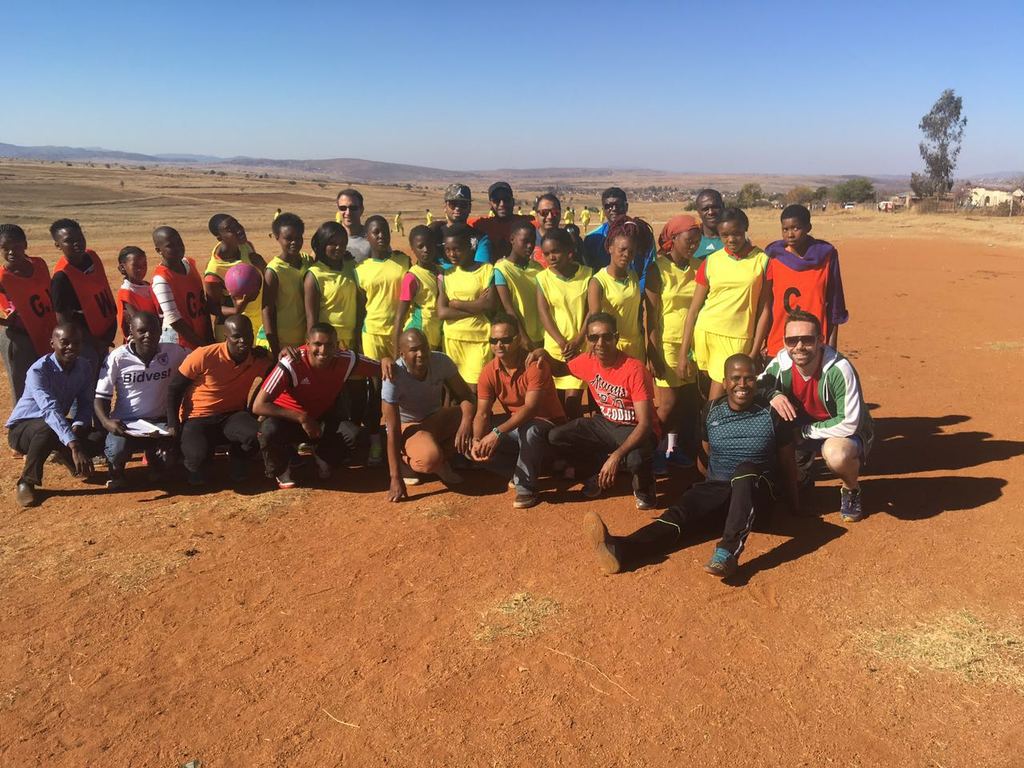 The whole idea was innovated where we play social indoor soccer in Sandton discovery, its not just playing soccer but we get opportunities in business. On the 23th of july we had a trip to one of my friends Johannes in limpopo Janfurse .It felt good because i learnt other culture how they welcome the guests it was like i have been there for a long time…

As we grow up, we plan,decide and work towards our future goals. Its not gonna happen all at once, its gonna take time but dont ever give up on your dreams. Those who made it didnt have it all easy..…

As we grow up, we plan,decide and work towards our future goals. Its not gonna happen all at once, its gonna take time but dont ever give up on your dreams. Those who made it didnt have it all easy...
During your life time, things are gonna happen, things that will make you put your life goals aside. There's gonna be people who influence you, discourage you and wont believe in you and your dreams... You not doing it for them, you doing it for you future.. No one else.
All in all,…

in life you don't have to worry about what people think and say about you
Their opinions don't pay your bills, they are there to discourage you and tarnish your name, do not mind them after all it is God who is in control of your life. ..
now put your happiness first
Remember people throw stones to what they can't reach and have, so use those stones as a stepping stone to your destiny
# motivated

Respect urself enough too walk away from anything that no longer serves you,grows you nd makes u happy
Dont let your past determine your future.Appreciate what you have because when its gone no matter how much you try too show how much u care or cared ur efforts will go to waste.Accept what is needed let go of what was not neeeded.Dnt change urself 4 somebody else because u will never be doing something for you u will be doing to please them ,dont do things too prove a…

Knowledge likes to speak; Wisdom prefers to listen. Knowledge studies; wisdom observes. Knowledge knows how to take things apart; wisdom understands how to put things back together. Knowledge is prou…

Knowledge likes to speak; Wisdom prefers to listen.
Knowledge studies; wisdom observes.
Knowledge knows how to take things apart; wisdom understands how to put things back together.
Knowledge is proud of all it has learned; wisdom is humble and thirsts to learn more

Knowledge likes to speak; Wisdom prefers to listen.
Knowledge studies; wisdom observes.
Knowledge knows how to take things apart; wisdom understands how to put things back together.
Knowledge is proud of all it has learned; wisdom is humble and thirsts to learn more

what a touching story i had from a friend

It's said we learn something new each day so always pay attention ppl.
Its hard to be unemployed and even harder if you are a man or a single mother.i didn't realize this till today. My day wasn't going great bcz everything was low and slow but all was peaceful, so as I was sitting under a tree at the back of an open bakkie near a fruit market that belongs to a friend of mine. two men came out of nowhere they were not lost but they seemed lost.anyway I wasn't paying…

The power, to hold on in spite of everything, the power to endure, this is the winners quality. The hunger, the ability to face defeat again and again without giving up, this is a winners quality. Know exactly what you want and be fully determined not to quit. There is greatness in you! You have got to learn to…

THERE IS GREATNESS IN YOU There is nothing as powerful as a changes mind. You can change your hair, your clothing, your address, your spouse, your residence. But if you don’t change your mind, the sa…

THERE IS GREATNESS IN YOU

There is nothing as powerful as a changes mind. You can change your hair, your clothing, your address, your spouse, your residence. But if you don’t change your mind, the same experience will perpetuate itself over and over again because everything outwardly changed, but nothing inwardly changed.

How To Be A Leader:

1. You have to make the call you’re afraid to make.
2.You have to get up earlier than you want to get up.
3. You have to give more than you get in return right away.
4. You have to care more about others than they care about you.
5. You have to feel unsure & insecure when playing it safe seems smarter.
6. You have to lead when no one else is following you yet.
7. You have to invest in yourself even though…

We're living in society where everyone's business is everybody's business.the lifestyle and human behavior is questioned.we need to remind ourselves that everyone has a right.as for gender equality and everything in between.as Gays, lesbians and transgender have chosen to live as one pleases they've met with criticism as well as hate from the society.many have been killed like animals for their genders, one can ask what kind of the world we're living in.same sex marriages have been recognized… Continue

Whether we like it or not we are all affected by this desease and with many other types of deadly illnesses. HIV is one of the deseases that it's manageable,many people have come to understand it unlike before where many would commit suicide once they find out that they've been infected by the virus. Many now understand that it's not a death sentence and you can still lead a healthy lifestyle.but still many are being abused and descriminated whether at workplaces, homes… Continue