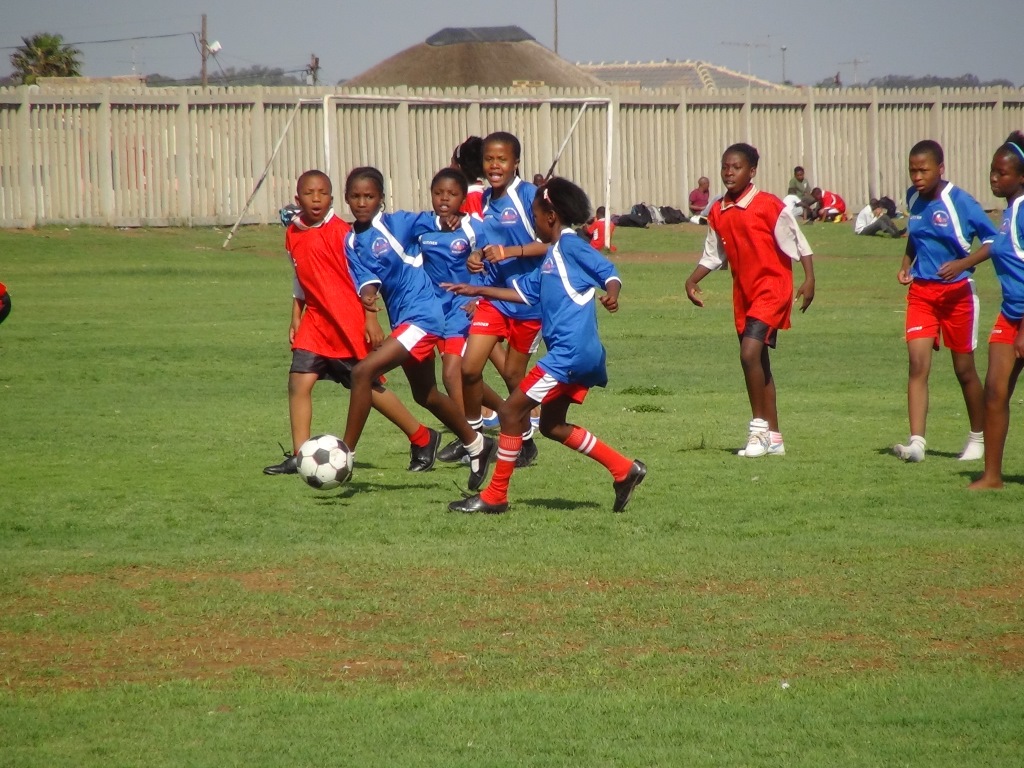 These beautiful young women took part in the school regions tournament, they represented their school Vulindlela primary school on the finals against Emanzini primary school on Tuesady. they lost 4-1 as the opposition prove to be strong on the day, despite them losing their coach was happy of their achievement which meant a lot to the girls. it was lovely watching them played…

Something to help you kick start the week on a positive note, it's not much of words but they can do wonders if you give them a chance, you are your own person that should count as something:  I am …

Something to help you kick start the week on a positive note, it's not much of words but they can do wonders if you give them a chance, you are your own person that should count as something:

I am in competition with no one

I run my own race. i have no

Desire to play the game of being

Better than anyone, in any way

Shape or form, I just aim…

What motivates you? what keeps you going when all the odds are against you? do you just give in and give up or do you rise to the challenge and become the better person?

there is a saying that goes like "YOU HAVE TO BE A BEAST FOR PEOPLE TO RESPECT YOU" become your own beast and refuse to dance to anyones music but yours. build yourself, surround yourself with positive people and learn from them, you failing to do something is not a train smash…

i am women workshop

yesterday i had the privilege of hosting i am women workshop where all the focus of the workshop was to emphasize the point of school having yourself a back up academically outside sports and that the two can be done. i had a total of 17 people attending my workshop a rage of school learners and unemployed youth who was present, a set up of boardroom to get the message across other than being on the fields and personally i felt i could change the…

today's head line page 8 get yourself today's paper and read what Sowetan news paper had to say about Youthsones.

IT'S OKAY, STAY AS BEAUTIFUL AS YOU ARE!

lesson learned: when people give you grief it's okay you don't have to look at it as though they hate or don't care about you even if they do it's okay, as an individual you have to take that grief and use it as fuel for you to be better and strive for better things in life, find people who will encourage and believe in you and their belief for you must not be shaken.

lesson learned: people using you for their own benefit it's okay, do look like a stupid. everything comes to an end…

WHAT DO YOU LIVE FOR?

This is a message from me to you, written here is all my opinion there is nothing that i am saying is law if you feel you can learn to live through these words i tell you nothing can ever go wrong for you and accepting who you are and what you have you can always remain true to yourself. this qoute helps me live my life i thought i should share with you.

"work for cause, not for applause..live life to express, not to impress.. don't strive to make your presence noticed, just make your…

BEING SATISFIED IS NOT A CRIME

How ironic it is when people want the best out of you and that you try your level best not disappoint but still they will be quick to point out your wrong doings the most and the good done by you nothing is said much about it. being satisfied is not a crime applaud a person on a job well done that gives them the edge to go on.

it's all my opinion there is nothing that i am saying is law. As a leader i claim to say i am i always have to expect better of a person after all that's how…

when they chose to partake in sports their counterparts chose to go celebrate youthday, As we hosted the Intabazwe youthday tournament which was a phenomenal and a success, i couldn't help it but admire the commitment and drive these people have for their sports. it just goes to show that material staff is not everything they don't have fancy fields or whatsoever they came in numbers as well as the community people cheering on the girls at netball and the boys at soccer. sports just has a…

nurture your young boys and girls!

what's happening to our so called world were we claim to love people but end up hurting them? that will always remain a mistery to me. i open my news paper there is a rape story, i turn on the news on my telly i see a victim of rape, i turn on the radio all i hear is there was a woman raped. one can never put to picture what goes on in a mind of a person who rapes no matter how old the women is that doesn't justify the cold-hearted a human being can have. it pains me that the person who…

the little that you do for your community, the small skills you share with your friends and those beautiful amazing kids you coach. keep doing good no matter how small the good deed is after all the size does not matter what matters is the thought you taking initiative and that precious time of yours and dedicating it to better not only them kids but yourself as well. never get tired of doing good someone is watching and the reward will be massive. your beautiful, what you doing is…

today marks the day where some of our young leaders will be attending the exciting life changing experience the LAUREUS YES PILOT PROJECT. NONTOKOZO of "THE GIRLS" in freedom park and RAYMOND FROM mamelodi will be heading to durban this afternoon for the laureus programme i'm so happy and excited for them, and i know they will represent youthzones very well. i hope they take whatever lessons learnt and put them into practise in their communities and their lives. i wish them all the best of…

never mind what others think of you!

whether you doing good or bad people will always have something to say about you, and that's where you have to realise it's not what you say the matters but it's what you answer to. sometimes it's hard to stomach negative things said about you but that negativity you got to it turn into positivity. and after all people are entitled to their opinions. and when someone says your better it's because they see that you are indeed better they just didn't have the nerve to tell you, instead they…

surrounding yourself with positive people

IMPORTANCE OF HAVING BACKUP IN SPORTS.

this morning i was training with zebra force ladies, now i find it so sad when soccer ladies want nothing to do with school but everything with just lazzying around while time flies away, they look down on themselves thinking they inedequate and can't be better than what they are. now i for one believe don't feel you have to force someone into doing something they not willing to do wholeheartedly or judge them because of how they think i feel you have to make a person understand the…

who do you live your life for?

it's a very simple question where by everyone answers to say they live their lives for themselves, but when observing and with them without realising they live their lives to impress their friends and to fit into certain groups which i find very very sad. now i swore to be the helping hand that these boys and girls need and im going to try my best in making not forcing them to see life in a different way making them realise they have options and they can use them to better their lives and…

we often don't take pride in the little things that we have we are so blinded by material things and having money that we don't notice what little things we have can make us happy. don't let your worth be determined by the price of your clothes neither where you come from, but take pride in what you have you might be suprised something so little can turn into something big.there are two ways of being rich, 1 is to have all you want the other is to be satisfied with what you have. learn to…

make this your year!

all things are possible if you dedicate your process into it, to put your dreams infront of people is being rediculed take risks. nothing beats hard work and consistency, make this your year and be the best that you can be..after all it starts with you and how driven you are to be succesful!

impossible is trying to change the world and possible is helping trying to make it a better place.working with people and landing a helping hand and doing what i do is the fundamental of who i am. it all got nourished and well polished when i joined youth zones some of the things in my life became convenient and being locked at what you really love doing and just starting to grow more in it and i hope i do grow a whole lot more to me is one achievement i'l never forget..whats outstanding…

As part of the LAUREUS yes pilot team we attended different courses one of them including the ETA SKILLS PROGRAMME. from there on we were given tasks of hosting an event i never thought organizing a tournament was that tough, but through it all and the help from my organisation YOUTHZONES ( Simon and Ayanda) I managed to pull all the strings and made the event possible. it was a well day spent with Mondli and…