IMPROVEMENT IN MY TEAM

Hay Youth zone pleople, First i just want to thanks my team  players with the work they did since the league seoson  matchies  started .

So far we are siting on  the first position on the log,  for my under 19, third u-17, 7th under 15,third under 13 and 2nd under 11.We are looking f o ward to makes things happen in our team together with my team assistance coac hies and staff.

THE POWER OF RADIO 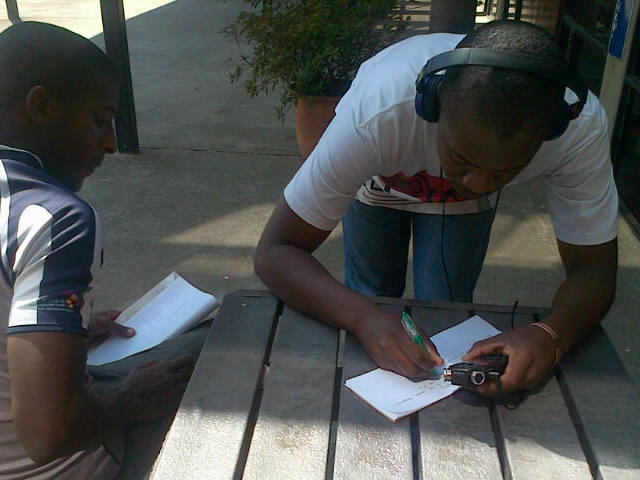 IT was four days of learning and exchanging of ideas among young people from different parts of Gauteng and limpopo it was all happening in University of the Witwatersrand(parktown campus), it was a 4 days program that was so informative, we were taught:interviewing skills,audio profile,audio commentary,audio debate, on location reporting and how to make a PSA(public service…

i am women workshop

yesterday i had the privilege of hosting i am women workshop where all the focus of the workshop was to emphasize the point of school having yourself a back up academically outside sports and that the two can be done. i had a total of 17 people attending my workshop a rage of school learners and unemployed youth who was present, a set up of boardroom to get the message across other than being on the fields and personally i felt i could change the…

We all at times ask other people for money or help.

When we do that it is easy to feel bad, like a beggar, or inferior. Yet, if we beg, lets be smart.

When you write an email, make sure it looks professional:

- Add a smart descriptive Subject in the Subject line.

- Start with a Dear Sir or Dear Mr Whatwhat.

- Use capitol letters, especially for names of places and… 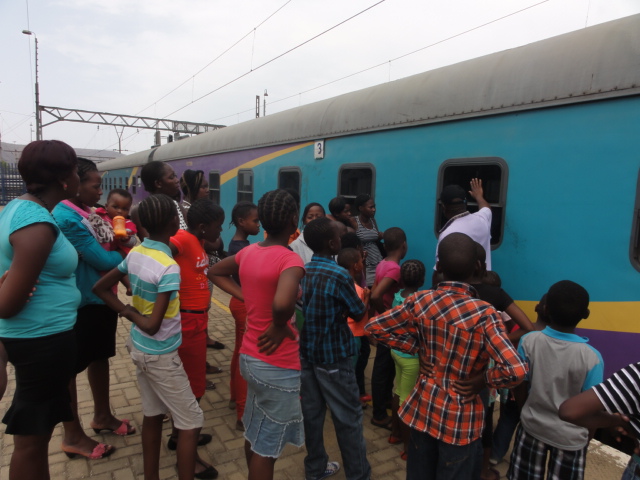 Today we had an educational tour with my children

i wanteed them to explore and appriciate life and nature ,we visitedd the boarder gate to mazambique and tanx to the home affairs and the tour guide ,they learned  alot .eg  what you must have to cross the boarder,history abaut the boarder  and they showed them were south africa ends.

We went to komatipoort…

nkomazi was blessed to celebrate heritage day with doc and schalk.we were having fun playing soccer and netball and everyone was participating and happy ,we shared our talents and views.… Last week on Friday we had awesome interview with Ayanda Booi,where vy he was give QwaQwa Radio listeners information about Youthzones Poetry Competion for Mzansi Youth and how can they enter this competion.

that's your team of zenzele

Betty achieve certificate of generic sports coaching & certificate of competency issued under the jurisdiction of AgriSETA Established in terms of the skills Development,HARD WORKER MAY LEAD YOU SOMEWHERE...CONGRADULATION

The day this team was formed is the day that determined the future of the team. the following is the pictures of lastweak/worm up game against Makhutha ladies fc. and we did manage to kill them by 4 goals to nill and that lead us to two games that left for umlazi arsenal ladies fc.…

THE FEAR OF THE UNKNOWN 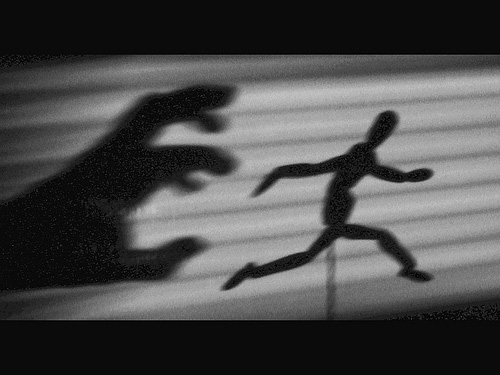 This can sound as a biblical teaching but this just came after taking so much time with my self-reflecting about life and all that it throws along the path that i take in day to day basis and i thought i have to share with my FAMILY. most of the time out of fear i was unable to initiate things thinking what if this thing is going to fail, how is people going to…

WORKING HARD TO CHANG LIFES OF YOUNG PEOPLE IN MY COMMUNITY

EVERY DAY AM WERKING HARD TO DEVELOP YOUNG PEOPLE VIA EDUCATION AND SPORTS.THERE ISN'T A PERSON IN THE WORLD WHO DOESNT HAVE THE DESIRE TO BE SOMEONE,TO HAVE SIGNIFICANCE.WHAT PEOPLE CAN ACCOMPLISH BY THEMSELVES IS ALMOST NOTHING COMPARED TO THEIR POTENTIAL WHEN WORKING WITH OTHERS.… 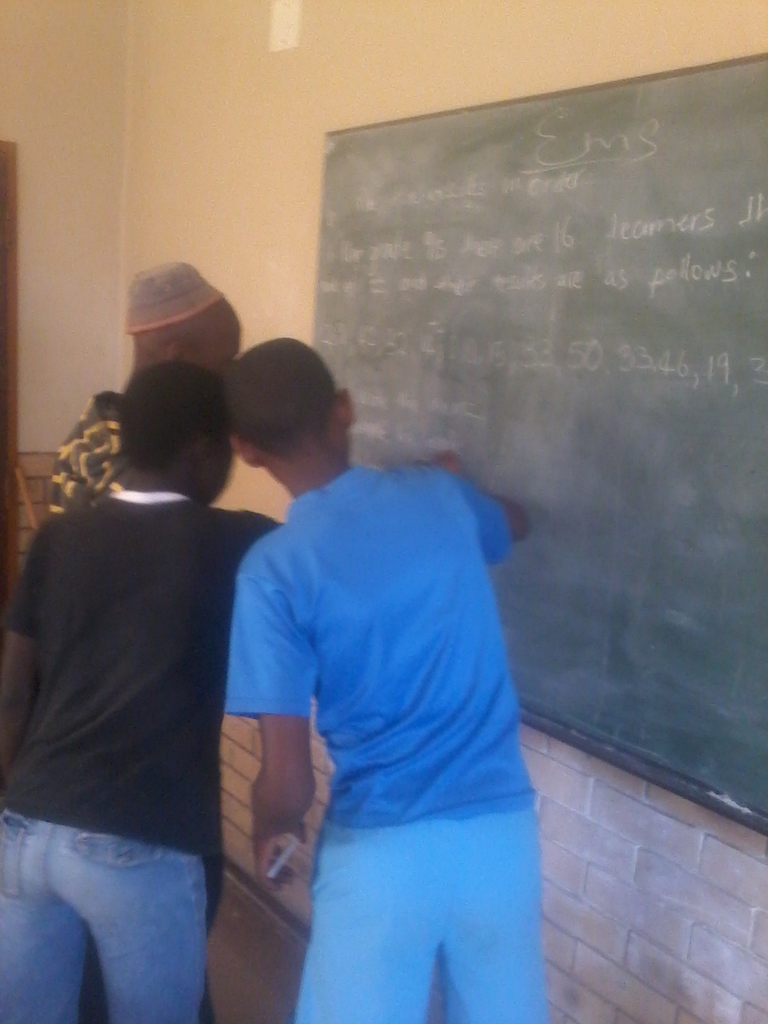 TORNADO PLAYERS ON A CLEANING MOOD

Tornado players yesterday sacrificed homework time to do some cleaning in the community. As young as they are the yard of an old lady was cleaned. From opening a way for dirty water to go, to cleaning the yard and removing papers around the yard. What I like about them is that they even shared a 2 litre cold drink KAOFELA, all of them got a zip even the young (U/14) ones got it.… 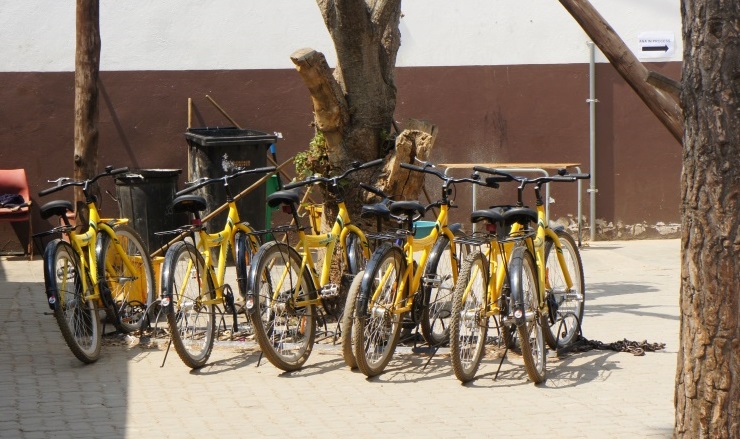 Refalotse Primary School from Winterveld make initiative to help some of school learners from disadvantage background by buying bicycles them to come to school. I think if all schools can do the same we will get more educated upcoming leaders in the country. Now two u/15 soccer players from the school selected to national primary schools team to represent Gauteng also…

It takes time to change In the development world, we always expect quick changes or have particular expectation on people we tend to work with. As much it take ages for myself or anyone of us to change (irrespective of the opportunities or environment surrounding us), we should expect the same will apply to others we interact with daily or we work with. Classic example isMushini who…

Do not sit still; start moving now. In the beginning, you may not go in the direction you want, but as long as you are moving, you are creating alternatives and possibilities.