LIFE IS A JOURNEY

Life is like a Journey. We Should Know Where we want to go. In our Lives there are Dangers Ahead,there are not only nice things ahead,there can be real dangers but we have to overcome these dangers and soldier on. If you have a dream, if you know,WHERE you want to go, it is much easier to get there, than just to live each day as it comes....!!!

Arsenal ladies show me how strong they are and we rock them by 3 goal . we willing to challenge the league this season i hope God will help us.

hy youthzonaz my name is hloniphile dlamini. from umlazi township, i'm the director of ikasie youth movement and i'm the member of izingane zothando traditional group. i like to thank bra mr t chiliza by inroducing our group to youthzones. in life we learn evreyday, without afro man bengengazi about youthzones. bigup kasie lamie.… 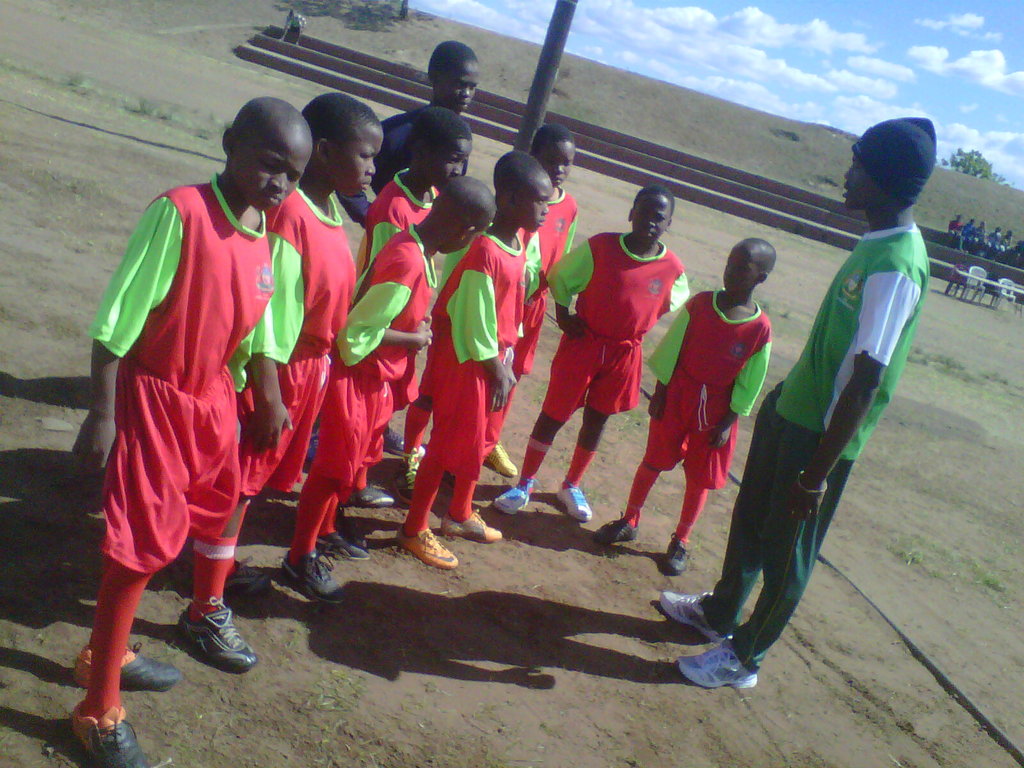 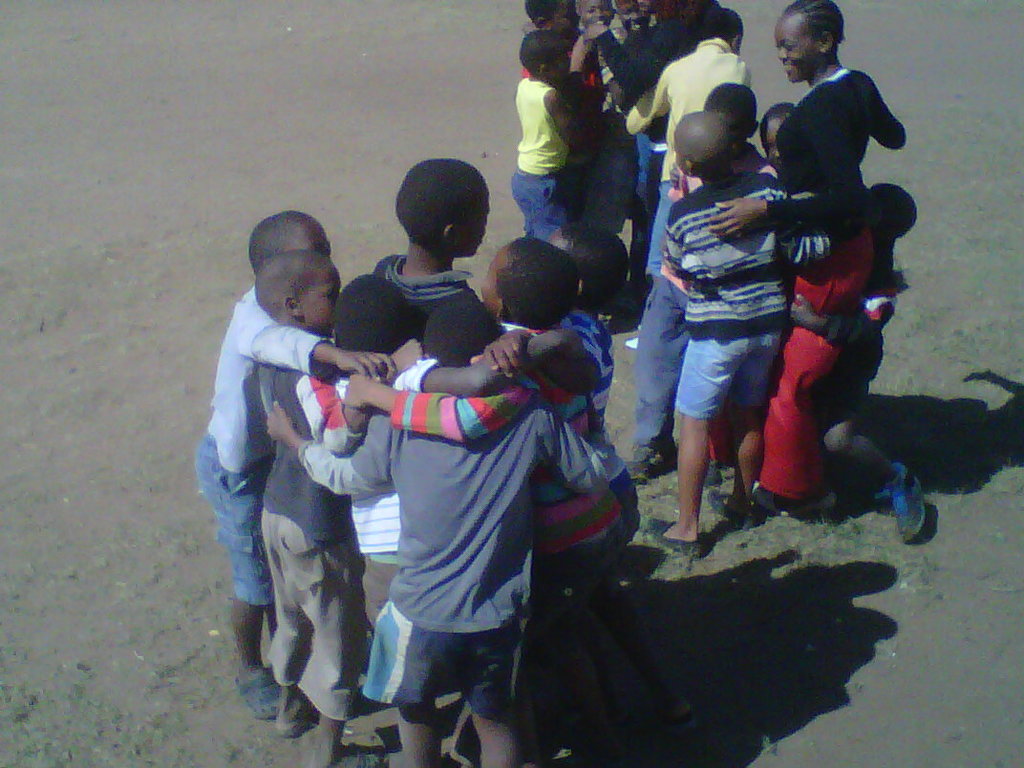 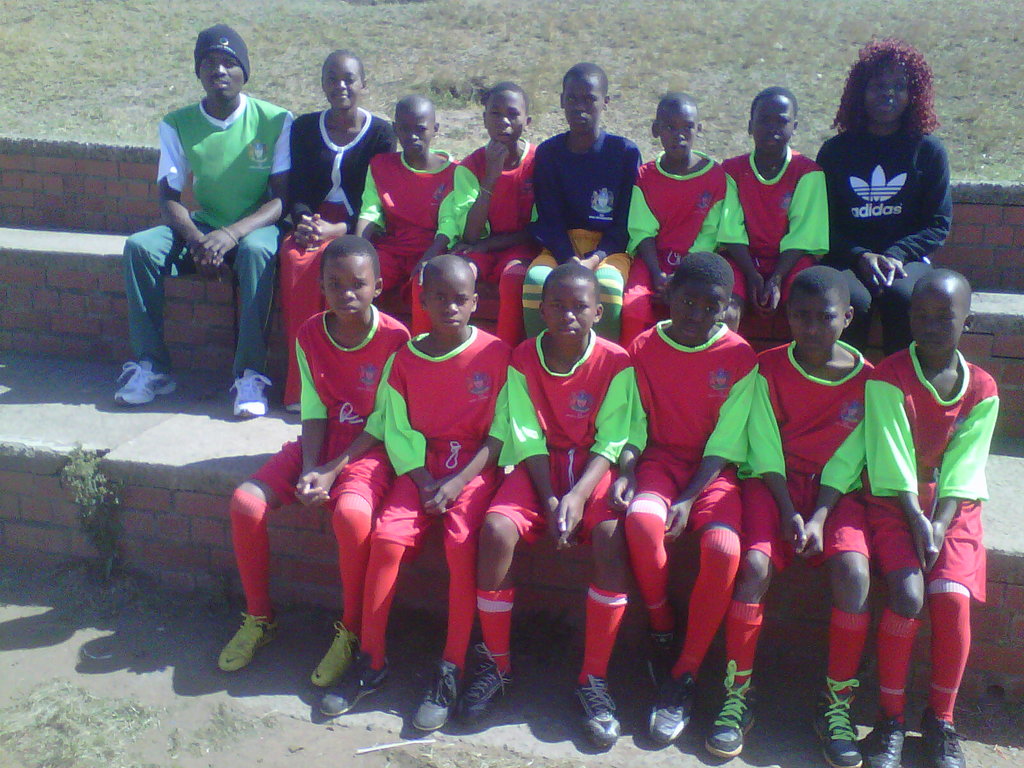 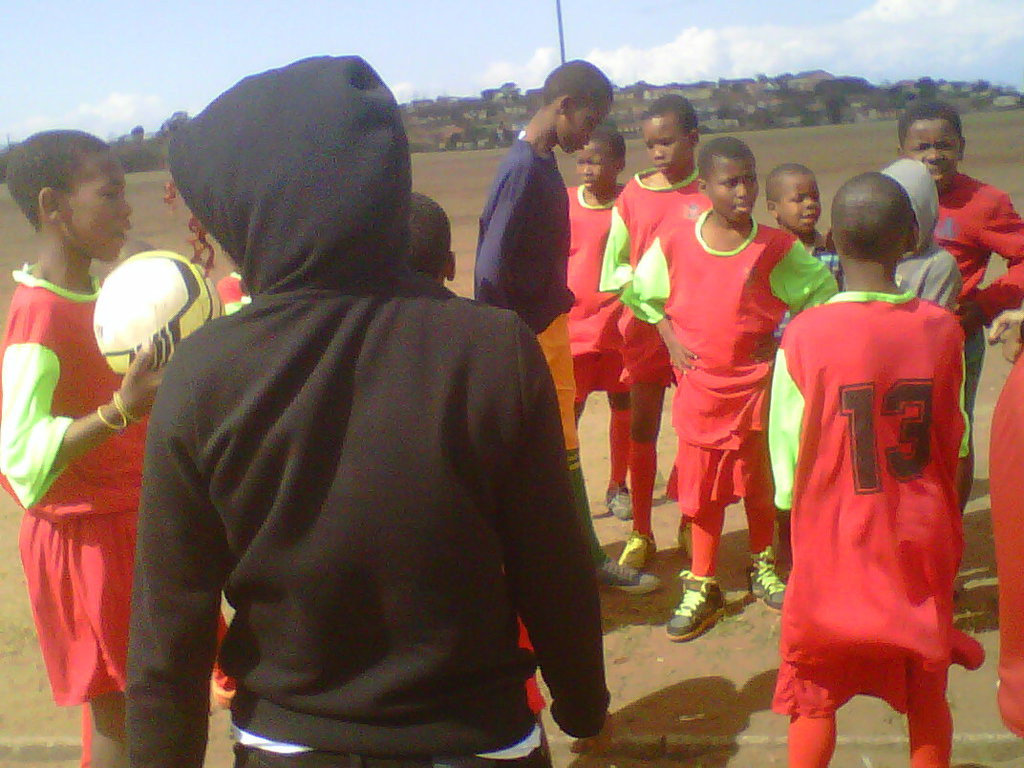 All roads are leading to Chikanga Primary School on the 13th Of September 2014 here in Mutare,as we will be holding a Mutare District Youth Life Skills Training, Soccer and Netball Tournament. This is going to be a great event. Plans are now at an advanced stage for this great event to be a success. Youths will be equipped with a lot of life skills training and there will be unlimited fun as plenty of ball games are lined up on this day.Where there is Unity there is always Victory...United…

I just know that we can do better than this .RE DI STAR .

Time is a resource that is available to all of us. Unfortunately,it can never be recycled,it can only be used or abused! Use time well and you become great and create fortunes. Waste your time and you become a fool and inherit a fool's reward-folly and regret. What you do with your time determines where you are going,where you will end up and what you will become.

The aim [of education] must be the
training of independently acting and
thinking individuals who, however, see
in the service to the community their
highest life problem.

100% youth. that was the slogan proposed by ikasie directors on sunday 24 that empowers youth in sport and developing. ikasie boys under 13 vs dangerous dakies ladies soccer team. what a game we had, the girls showed that that they can play football batter than boys. the game ended with 2 all draw."think like a queen. a queen is not afraid to fail. failure is another steppingstone to greatness."if you want something sad, ask a man; if you want something done, ask a women." women are… 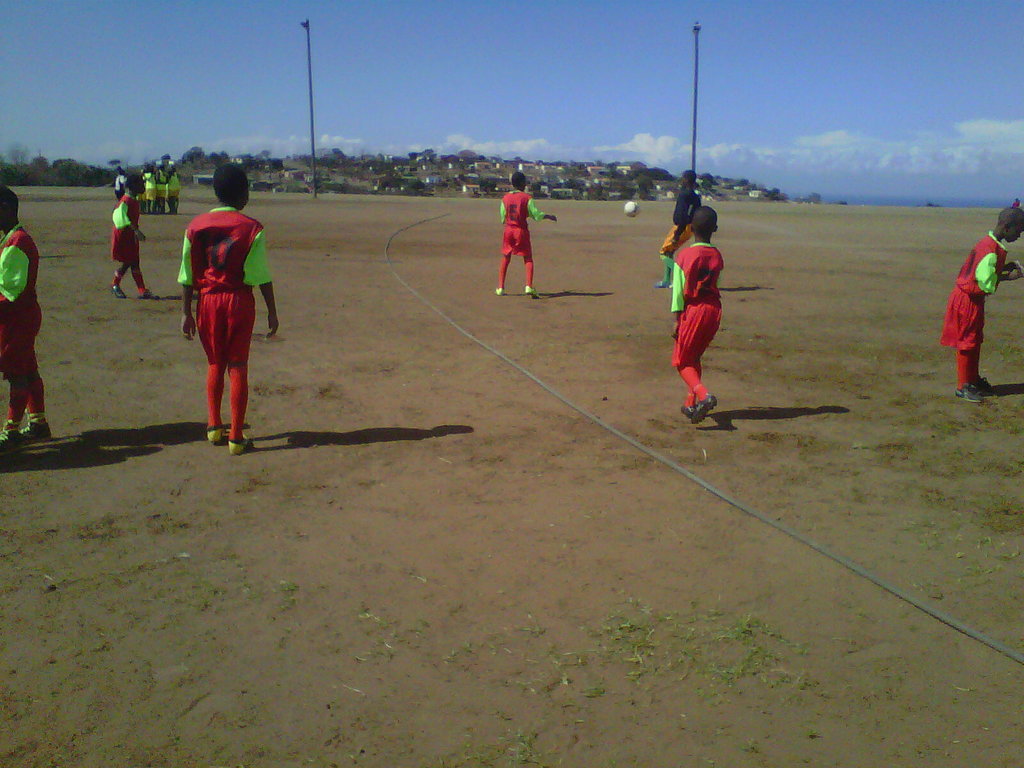 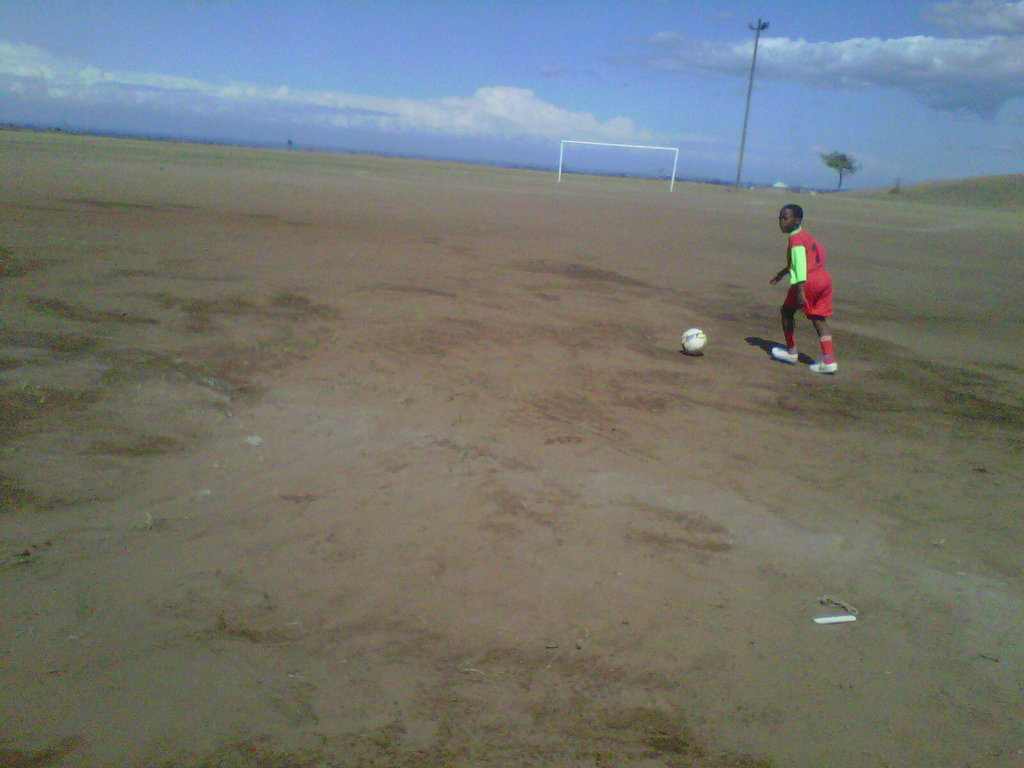 Poverty meaning the state or condition of having a little or no money, goods, or means of support. Condition of being poor. Poverty is closely linked to poor health, lack of food, lack of basic resources and services, lack of access to a healthy and safe environment, fewer educational opportunities. Which is what most  people are facing as parents and children, scholars(LEARNERS AND STUDENTS) loose most of their time for school thinking busy thinking of what they'll eat by lunch time at… Hi, everyone as we are still playing a league games juventus is still progressing, our under 15 trains in umlazi in h section 4 under in next to umlazi river and our under 17 upwards trains in Inselele junior primary school,

As a teenager I also have responsibilities in life and what I do is what I control. I am a very good netball player describing myself and as one I would like to teach my peers so they could stay away from problems happening in our community amongst teenagers like pregnancy and being drug mules but I am failing to help because we have a lack of materials to help us be better and grow very wide. We on my community don't have very good places where to play netball like netball courts and… welcome to the family 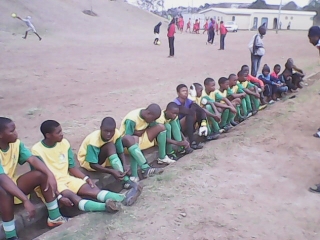 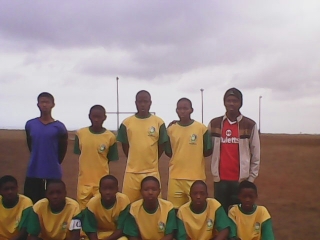 I has been days passing through and as a community member I was and still concerned about everything that happens. We have to face the wrongs of this community like wise and crime is one of the very big problem around the community. Day by day people are robbed, stabbed, lost or either troubled by people who don't know what they need in life. Kids have turned from good to worst, carrying knives, guns and all sorts of weapons that will harm people. My community has turned to a very scary…

THANKS YOUTHZONES FOR BRINGING VISITORS AT OUR SITE KAMEELDRIFT

As we all know that youth zones is playing a most significant roles in our areas with sports, life skills etc. yesterday  we had some visitors from correctional service and we had a nice wonderful chat with them as they managed to visit a day care next to my place and also the kids where happy to see them.it gives courage, motivation and strength to see visitors in my area. I was happy for the first time  seeing Ayanda in my community even though we never had time to play soccer with… 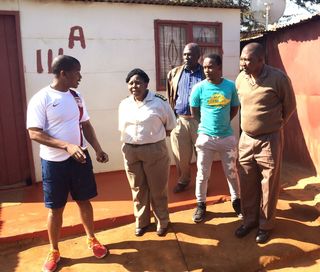 Is always humbling to see people from top positions in SA government visit the impoverished areas in our country. After Yz team had a meeting with Correctional Services Deputy Commissioner Pumla Mathibela in Jozi Centre, the delegate left for Kameeldrift to do site visit. One thing which stayed in my head is when she said 'Doc, you know we are around the corner but we don't know about this impoverished squatter camp, our eyes are so closed and we are definitely focusing on…