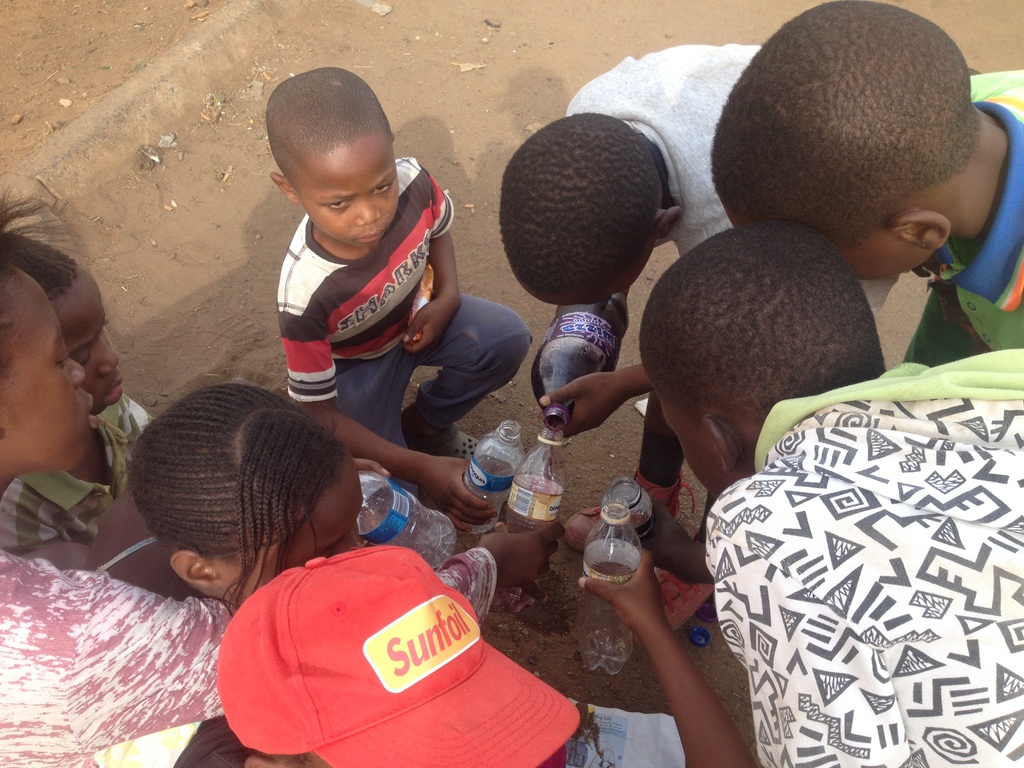 After going all over the place doing unity in diversity training , i really learned a lot from the groups that I was facilitating and created new friends that I was thinking I will ever have a friend from that place other than the people I knew them long.

it was an experience I will never forget and what I like about this exercise is that most the leaders I was facilitating to they wanted to take this to the schools and the colleges that the guys are into, when I ask them why they want to do that they replied by saying this can help in reducing racism in the place they are working in or the school that they are attending.

now I am back in Pretoria what I wanted to see is how this can work on the young kids, I bought cold drink and invited young kids that I know that don't speak same language and brought them together, that's where I saw the power of unity they shared the little that I bought for them and I asked the young boy who was sharing the drink why he is doing that he responded by just saying to me....'uncle Ray you know sharing is caring''.... was really touched by what this boy said to me.

Comment by Joel Mlauzi on March 9, 2016 at 7:18pm
Dats true sharing is caring I hope those boys will grow with there good minds