our field is very very bad 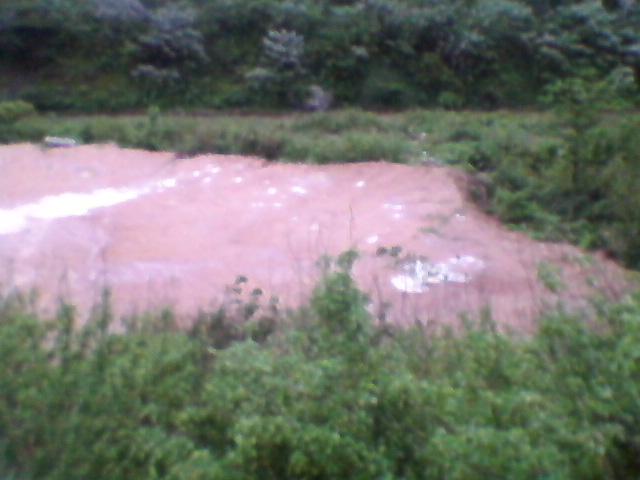 I dnt know what to do with this chalenge of network. It realy irritating, boring distep me to use intarnet when i want to.It takes me an hour or more to upload a picture or passed a comment! It always disconect it cant even take 4 minets on line.
This days it denys to share the coments on facebook dont know why. Mara what can i do to make it work flueantly? Nna i dont know what to do! AS i look at stoffel park what it was in the past with what it is now i see a big difference because now there is alot of changes that happend to change the life style of young people in the place and this things help alot to the growth of the young lads of the community because the future of this country depends on its youth,since we are living in a world of technology with…

The power of the internet

The first time I heard about Youthzones I was chatting to Simon through Facebook, he explained to me how it works, how they work and why they do it. he said to me " creating hope" is the aim.

I was so interested that I wanted to join. Today I told him and he referred me to Ayanda. I was so puzzled as he said I can join from here in Lebowakgomo and he can help me join while he is in Jozi. I wasn't sure how but he did it, now I'm a "zoner" as he calls it.

i have been not doing anything with doc for the past 2 days but on my side i have been pulling off good things and i'm very proud of my self.

i live in a community where young people are vulnerable into doing bad things others end up not going to school no more, as a young person it brings great pain to me that i see some of my peers flushing their lives away engaging in things they shouldn't be suppose to.yes life can get tough yes it might seem there is no hope but through it all i…

A bunch of hyper active girls and boys and very passionate about their music. Lol at one time during the weekend Simon jokingly asked if they ever listen to anything else other that themselves. With some of them we just clicked instantly and some wen the weekend proceeded.

Great voices they have and beautiful attires they wear, they really do look…

Fssa is a graet place

I always wanted to come to fssa in jozi. I experienced the greatness of the place, and the guys down here are cool guys lyk thm a lot. i dnt fl lyk gng hme

what a great experience that happend bthis weekend n hope tht it would stll go on....

im a new member of FSSA end the for the past few hourz tht i.ve been in jozi they showd me tht knw end gettng to knw ppl is the most grtzt thng in the world..i wne thnk simon fr havng such gd menrz thn not forgthng my new best friend...even if his jst a guy ayandaaaaaaaa aya thnx fr mkng us fill at home.

2 most incredible days at youth zones

it's all been good it's the 1st two days with youth zones and i'm happy to say everything is going well and i'm loving it.it's so wonderful to be part of the youth zones team.

yesterday i went to mamelodi played ball with the guys and it's always fantastic today yet again me and doc went to katlehong the vibe is tiring but very awesome, it's so amazing seeing people being committed to what they do even how small the thing is especially the youth.I too get the enthusiastic from them i…

Without ABI we would have not being nowhere or no hope

I am Teboho Radebe who long ago I was just bored with life especial in my age where I dont see opportunities in Katlehong. I could being in any side of life. But through hope created by youthzones programs and friendships of the team sponsored by ABI, I managed to see the light at the end of the tunnel. I first got a job in call centre in Randburg simply because I learnt how to use a computer. I then discovered that I need to spend much time in the community hence I resigned and I am now…

WHAT A PRECIOUS GIFT NKOMAZI THANKS TO YOUTH ZONES

God works in his own ways tanx to all of you youthzones team ,we have a group of mothers who are sewing traditional clothes and they recieved R10000-00 to buy the material to keep their business going .

when we arrived at theire office one of the ladies prayed crying and thanking god of the good things  they now have ,  and i was so touched. after the prayer they were singing ,dancing and packing theire materials.

NETBALL team can withness the good work  too youthzones is the…

After long day of work in Mamelodi and Jozi centre, I decided to hang out with Lungie 's family in Soweto so they can know who she works with and see my face. And the excitement about her new job and opportunity from the rest of the family , her twin sister, her sister, younger brother, mom and niece is inexpressible. The highlight was when her mom shed tears and she said with a smile that her daughter 's dream became true. She always wanted to do this. The rest is history.…

The 17 Essential qualities of team player

Adaptable(If you wont change for the,the team may change you)Collaborative(Ussually when you collaborate with other,you win,and the team wins)Committed(Anytime you make choices based on solid life values,then you are in a better position to sustain you level of commitment)Communicative(Building the team is as important as producing the product)Dependable(It is not enough that we do our best;sometimes we have to do what is required)Enlarging(Adding value to teammates is…

Motivation to all YZ leaders

If its for the people then I will keep on keeping on, but if its just for money then one can keep his money. I love what I do and it fulfills me. Adding value to someones life is a treasure one cannot understand till one experiences it. Love life and life will love you back.

The youth starting their own soccer league in Intabazwe informal settlement

This past weekend was incredible after youthzones team spent time with friends in Intabazwe informal settlement who after long time of injustice and corruption in the running of their football league got tired and started their own league. We were there to support them as friends to design the fixture the league, the rules, administration and put cash to get the stuff which will help them to run league proper. Everyone is so hungry for success, to learn computers. And above all they just…

Say what.... its Monday again. Where did the weekend go?

Well this weekend was most of the toughest ones ever. Friday i skated the VANS pit competition. Did not do to well as what i expected, but had fun. My body got pretty beaten up from falling(bailing in skater terms) but that did not stop me from also entering the Maloof wild card competition on Saturday. The Wild card get to the Maloof Skateboarding World Cup Competition that't taking place on the 27- 30th Sept. The Wild card covers your traveling, accommodation and food which you get to…

I never knew the world could so easy with internet. I can buy airtime, open email address or even skype while sitting under the tree in Intabazwe swimming pool place. This is the way forward. I never had opportunity like this and i am a senior and i willl love to encourage other youngstars to be more involvrd and use these opportunities provided by youthzones. kgomo o tsowa ye ditsosang.

Is social networking an impediment to young people's mental growth?

This Statement triggered My topic

What are your views Zoners?

This is what some of my facebook friends think:

As we were in Zenzele today, I made friends with the soccer girls and boys, we exchanged contacts so we can always keep in touch.

We played Soccer with them and made friends with the little ones. At least one life skill was implemented in Zenzele today.