Hi guys it is already almost 5 months in the new year, what have you achieved personally or with your team. are some of the goals and dreams still alive and what are you doing or still doing to achieve those particular dreams and goals...come guys lets share and see if we are able to find a way forward.

This pic reminds me of some good time we had at Somerset whereby we had different leader from different provinces.

The highlight of the whole trip for me was to learn from others and find how others can possibly find me interesting or being a great leader due to the fact that you normally  tell yourself that whatever you do or say give a certain impression to others in a good or a bad way. It is always an honor to get chances like this to improve yourself in certain areas of your life…

HI, Youthzones family. It's been a long time since you heard from me... and that's because it was hectic for me to copy at school  and i didn't have time, but now i'm on track i have finally managed to put my self together. Schooling has been interesting for me and i enjoy every moment i spent here.

It's been a few months since i started this course and truly speaking i have learnt a lot so far. I have always wanted to be a Designer and to know how things are made and guess…

WE WILL MEET AGAIN ON THURSDAY 1MAY WORKERS DAY 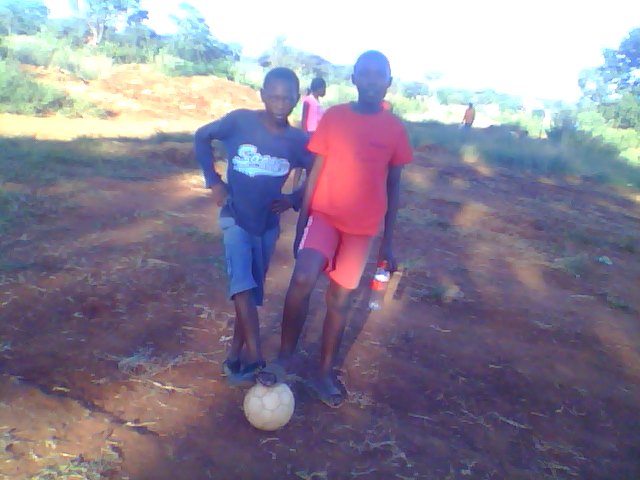 HUNGRY LIONS V/S KD.WE WILL HAVE A TOP 3 ON THURSDAY IN KAMELDRIFT SPORTS GROUND.KD WILL PLAY AGAIN AGAINST HUNGRY LIONS UNDER 20,17 AND 13.

i was given the opportunity to be part of the laureus second year program to be a mentor for the first year guys i am so happy to get the opportunity to meet with other young leaders from different organizations in south africa and surrounding countries.learning new skills that i will also share with anyone who is interested to know.

it is the first time been to Cape town and spend time going to the beach and reflect about the things we are doing. just want to say thank you for the… Continue 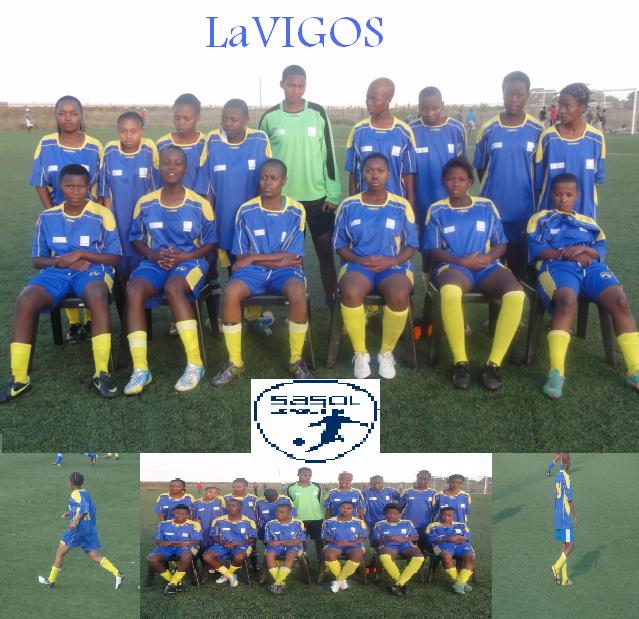 This Saturday sees the Celta Vigo Ladies take on VUT Ladies in an SASOLL LEAGUE Vaal derby! It looks set to be a fantastic clash, so be sure to show your support for the LaVigos at Qedilizwe Groung.

TO ALL YOUTHZONES MEMBERS AND KIDS

NEW DRUG IN SCHOOLS...PLEASE PASS THIS ON EVEN IF YOU DO NOT HAVE KIDS IN SCHOOL.PARENTS SHOULD KNW ABOUT THIS DRUG.THIS IS A NEW DRUG KNOWN AS STRAWBERRY QUICK THERE IS A VERY SCARY THING GOING ON IN THE SCHOOLS RIGHT NOW THAT WE ALL NEED TO BE AWARE OF.THERE IS A TYPE OF CRYSTAL METH GOING AROUND THAT LOOKS LIKE STRAWBERRY POP ROCKS(THE CANDY THAT SIZZLES AND POPS IN YOUR MOUTH). IT ALSO SMELLS LIKE A STRAWBERRY AND IS BEING HANDED OUT TO KIDS IN SCHOOL YARDS.THEY ARE CALLING IT STRWBERRY…

TO ALL YOUTHZONES MEMBERS AND KIDS

NEW DRUG IN SCHOOLS...PLEASE PASS THIS ON EVEN IF YOU DO NOT HAVE KIDS IN SCHOOL.PARENTS SHOULD KNW ABOUT THIS DRUG.THIS IS A NEW DRUG KNOWN AS STRAWBERRY QUICK THERE IS A VERY SCARY THING GOING ON IN THE SCHOOLS RIGHT NOW THAT WE ALL NEED TO BE AWARE OF.THERE IS A TYPE OF CRYSTAL METH GOING AROUND THAT LOOKS LIKE STRAWBERRY POP ROCKS(THE CANDY THAT SIZZLES AND POPS IN YOUR MOUTH). IT ALSO SMELLS LIKE A STRAWBERRY AND IS BEING HANDED OUT TO KIDS IN SCHOOL YARDS.THEY ARE CALLING IT STRWBERRY…

It is always nice to visit other sites and I had a chance to come here at Somerset with other 4 Youthzone leaders, lindokhutlhe from Dre koopies, Cyril from Daveyton, Tseko from Vaal and Dino from PTA and our mentor Doc Mabila and his wonderful wife Hlubi lindelwa. All is been well with the experience we getting collectively and individually. The Site Somerset is a very nice place or rather unique community with different people of different diversity. It is small township surounded by a… Continue

arsenal manage to kill morning hight ladies and we had to face shooting stars in the final and this team play at sasol league, the standard of the game was very high and we got beaten by 2-0 this 2 goals were scored in the first half by the second half we did manage to play our game and we did our mis our chances and we loose the game.… 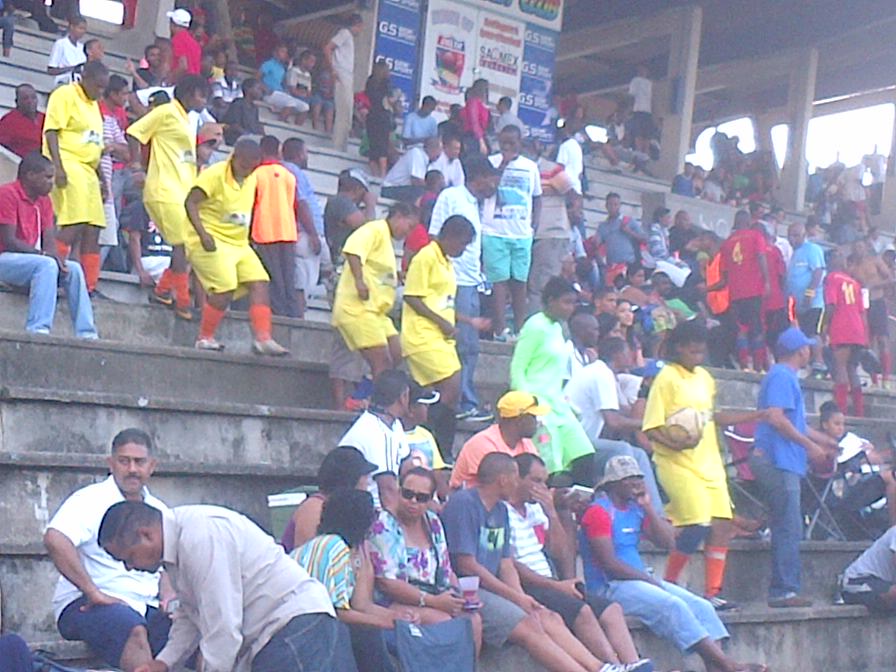 umlazi arsenal vs morning hight ladies semi-finals..... arsenal won the game by 8 goals to nill, and qualify to play the final. the tournament was organised by safa ethekwini and for womens football 2 teams were selected from absa womens league to face sasol womens league teams.… 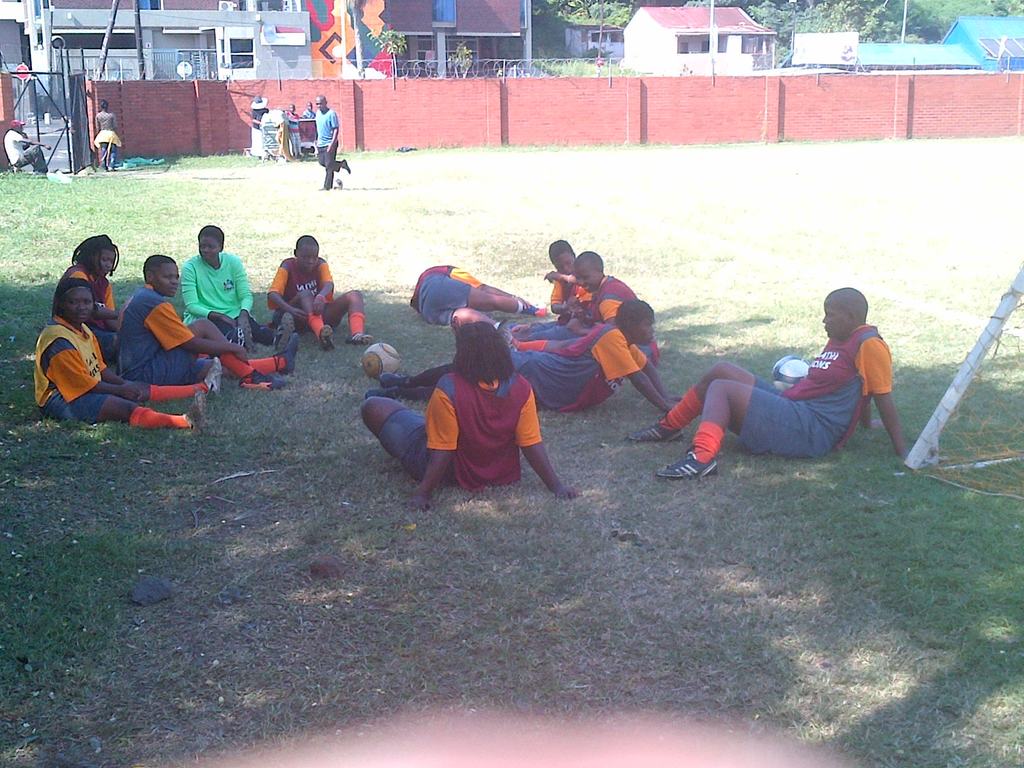 It always good to see defferent youth all over this country moving and doing something.As a  South African person I know how it defficult to live in a society where many people are  un employed for me I think is that the reason why many youth people are ending up smoking Drags and alcohol.

We are living in the time  there is no works like in the past, according to my reseach during the times of 80's and early 90's many people where get payed , more people…

IT WAS A WONDERFUL MATCH ON SATURDAY AT MAMELODI KAMEELDRIFT V/S HUNGRY LIONS.WE PLAYED VERY WELL WITHOUT FEAR.BUT I SDALA AS A COACH IM VERY WORRIED BECAUSE WE DIDNT MAKE IT AND ITS BEEN A SEVERAL DAYS PLAYING WITH THIS TEAM BUT RA JEWA.ALWAYS RA JEWA. 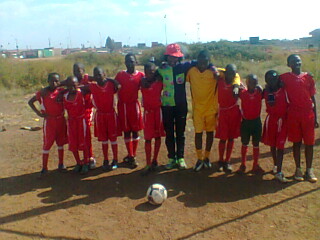 Today I was at the place of my birth to complete our Easter soccer expo. My boys won all two games played today 5:0 and 3:0. Eight goals scored this week end.

Over this weekend our aim was to sport and recruit talents in our academy. We spoted one player on Friday we played three games with him. He is good he is what we need. Left Back

hoping everyone had a blessed easter festive holidays and people did go to church. but you know in sports the is no holidays always work work work even in holidays, but what i can tell you never give up in whatever you are doing in your community special for the youth cos what you are doing is being notice by other people, from Eyethu United Football Club lets amazones being united as one big family.PEACE.

This Easter holidays we are visiting various teams uninvited to challenge them for games. We make sure that at 13h00 we are on your ground and at 15h30 we start the game. We play any division we get. We were on two games a day plans but it is not working because is easter people are on holidays.

Hi, before everything started we all prayed a one minutes prayer asking God to be with us and everything  successful. our trip to pretoria to play and interact with one of the youthzones sites was blessed, because we had a very good transport with a very kind driver from daveyton. We managed to get a bus that can accomadete the whole team including the supporters. We really thank youthzones for helping us to pay for the bus, we really appreciated your help and we know you will help us…

Arsenal ladies are doing it proud by representing umlazi township..... dangerous dakies came to our home ground knowing that there are going to kill us but we did manage to kill them first by beating them by 4 goals to nill. 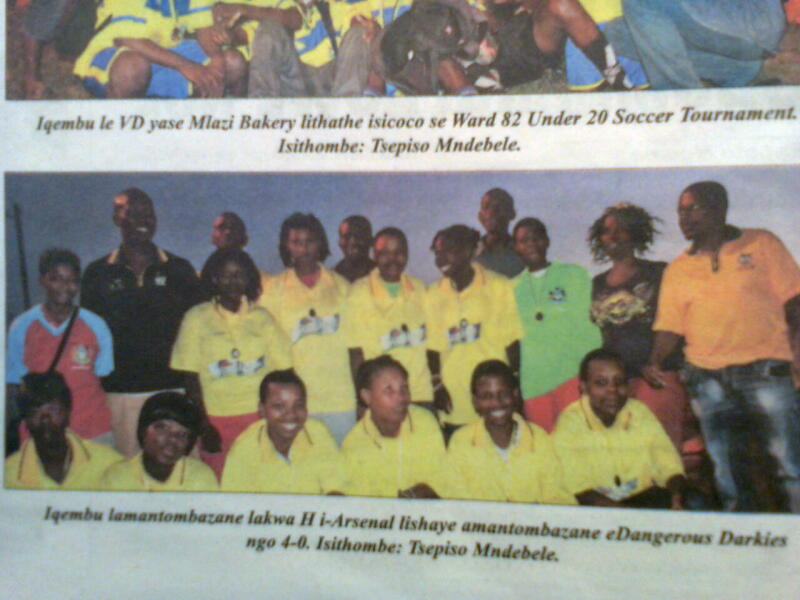