Thin line between Good and Evil

I am writing this blog dedicating to my cousin 's 10 year old baby who accidentally was hit with a stick and the baby was admitted at the hospital. As I am writing this blog, he is late. He was hit by his uncle, Walter, who is my cousin and the brother of the mother of the baby. Walter and his sister had argument about their younger brother who just came from the mountains and his presents and somehow the sister slapped Walter who apparently had a stick on him, he instantly reacted by trying to hit the sister  with the stick who he missed and hit the innocent baby. Now he is behind bars and he is crying to come out because is tough inside the prison. Two months ago, I just assisted him to get driver's licence. He was running his small farm business. He was a bread winner since their parents are late. From one second of decision making while angry is costing him probably 25 years behind bars. Before I reflect more in this I always say is best to stay away from  unnecessary arguments or conflict or differences or insecure talks by walking away by either being silent and listen and play your cards right and laugh or understand or learn that person why they act or say that. Play him or her not vice versa. But this is most important to know what is right, just and fair. Know what is right for you and others so you can be useful to others. Be true to yourself and know what you want in life. The worst case scenario is you are too deceptive and too fake to oneself unaware. That individual might be right, just and fair. Listen but let us not be fast to conclude or judgmental and be easily influenced by what is around us but be easily taken by the decision we take from our heart for right, just and fair deeds. Rather be quick to listen and slow to speak or to get angry. Let us think of each other as special spiritual beings who can make decisions which can cause more harm. For me being intelligent emotionally simply it means not to allow emotions to take over when confronted with situations rather be wise (think right) and be more of oneself to do what is right, just and fair(soul/spirit)
An individual is a spiritual being in a human journey not human being in a  spiritual journey. People are just not walking around just as the physical beings but spiritual beings with minds to decide.
Greatest wall is not the wall between the main road of our journeys and the prison but rather thin wall in the midst of our hearts which can easily be evil or good,  what we decide or plan to follow from our heart. And obvious is how we allow external factors triggers our hearts and how we either allow (mentally) that,  to change being oneself(soul) hence causing reaction  leading to regret which can be prison, death, hurt etc. Normally is  when one feels violated in their territory (disrespected) and is trying to protect themselves from the thing which they think is causing them not be in control. Everyone wants to be in control of their respective lives. The true warrior is who when is triggered in their heart, think about the harm or the good they can do to others and take a right decision  to resolve the situation and for the better of everyone. Is not easy and we are all not perfect but the world doesn't applaude knowledge but effort. Small decisions taken after it 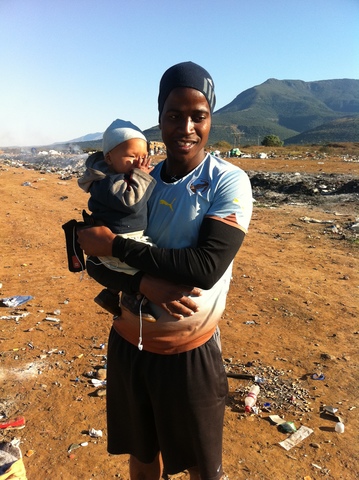 can be hitting someone with a stick, or it can be a poor girl who slept with a rich old man with HIV and know after, ..... The big issue is how do you forgive oneself and others and move forward and change ways of living and attitude which can bring healing (physically, spiritually, mentally and emotionally)  in one 's life. Is not always I I I in life but about others also.