Mutare Story - Turbulent times will always bring the best out of us!!!

During my visit to Mutare a fortnight ago, I was very impressed by the self-propelling attitude and creativity portrayed by the youth. They are always coming up with initiatives to stay afloat and soldier on in spite of all the well-known challenges they are facing. Instead of getting into a corner waiting for miracles to occur, or sitting on top of bins in the streets blaming bad government policies and so on, they realize that life has to go on and have to make things happen for…

It is a great honour to be Youthzones family

We salute Youthzone for greastness you done to those family struggling have some thing that can carry for their life but you Youthzones you always can an solve that problem you support all sporting cord example Youthzones supporting my ladies soccer team. Umlazi Arsenal we thank you for your support.

Give A Child Book

It is not enough to simply teach children to read; we have to give them something worth reading. Something that will stretch their imaginations—something that will help them make sense of their own lives and encourage them to reach out toward people whose lives are quite different from their own.… 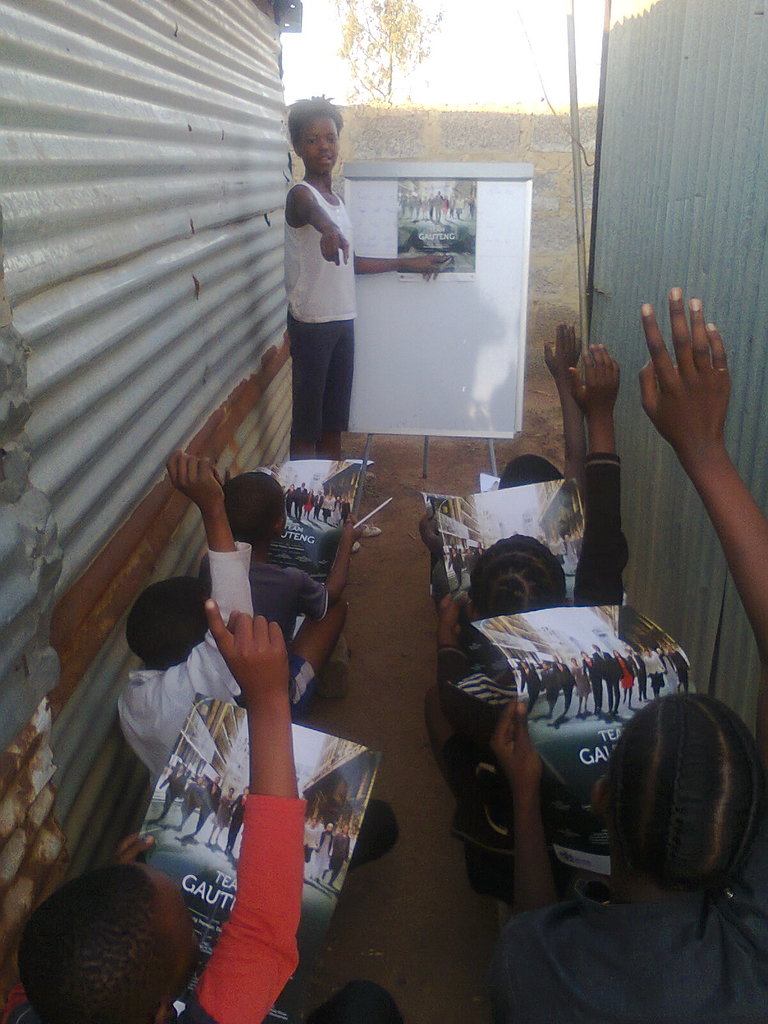 A PLACE TO BE

kmq academy of excellence is the place to be when it comes to learn football basics and life skills we as academy we teach people the really rules and regulation of FIFA FAIR PLAY from around Nkomazi and our main aim is to see most of the local teams to focus more on development. a 2009 squad is still our team and all the players are focus and ready to roll when it comes to controlling ball we visited our new established site EMGOBHODZI. it is were many people saw that academy is the best…

Visiting Tlhabane was an eye opener

What a day we had on Saturday. Life outside our mkhukhu area makes eyes to see life differently. We enjoyed with our new friends from Tlhabane. On June 16 we had a successful youth celebration day.Youth of Ikemeleng came in numbers to participate,learn and make new friends.They played sports (soocer and netball).We were motivated and we learn  to always work hard to fullfil their dreams.Ikemeleng has a lot of talent,there is a lot of potential in the youth of Ikemeleng.I would highly appreciate if someone or Youthzones would invest their support in this children,help them with better resources so they can…

DON'T BE SHY TO ASK!

in a new job there will be tasks that are new to you so of course you wont know how to do them . seek help with tasks you are not sure about, and spend more time with someone who is familiar with them there is no shame in asking questions or help in life. we all have to face new and unfamiliar environments. but we don't need to doubt ourselves because of what we don't know. we move forward ,armed with what we know and our willingness to learn new things and grow.every time i meet with…

Though the club might not have reached the historical Hector Pieterson Memorial... the team enjoyed some quality time at the Gandhi Square with other youth organizations, Thanks to Youth Zones!!… I learnt how to use to use Youthzones website in Ikemeleng 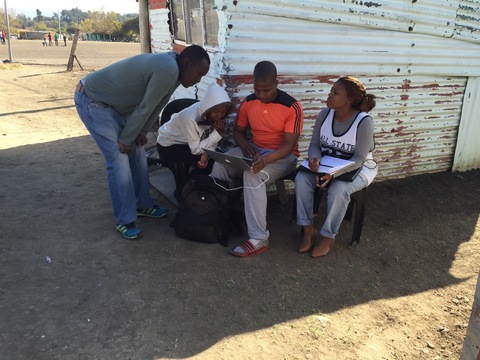 Today is my new site vvisit in this cool website. I am looking forward to share my stories together with other communities. I am a girl who is passionate about my impact in my community. Thanks bra Doc. I am looking for tgis wonderful opportunity. 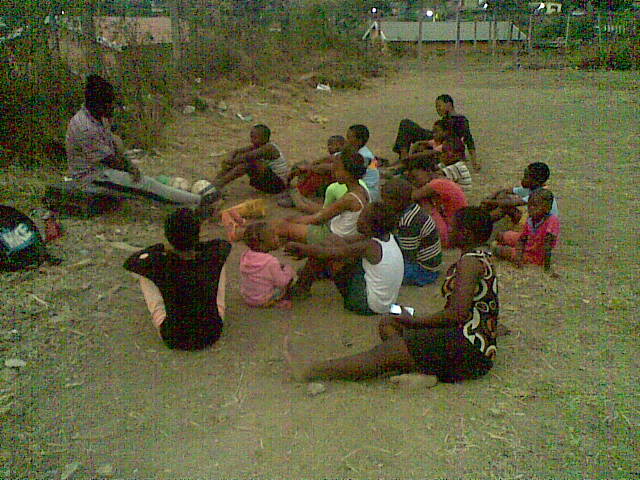 Umlazi we trying to groom young girls who willing to play soccer. The problem we face as Arsenal we have limited squad that is wrong we need without development Arsenal will not last long.

today we used internet doing some career research on the internet with my under10 and it was great to hear some want to study law,they want to be policeman, pilots 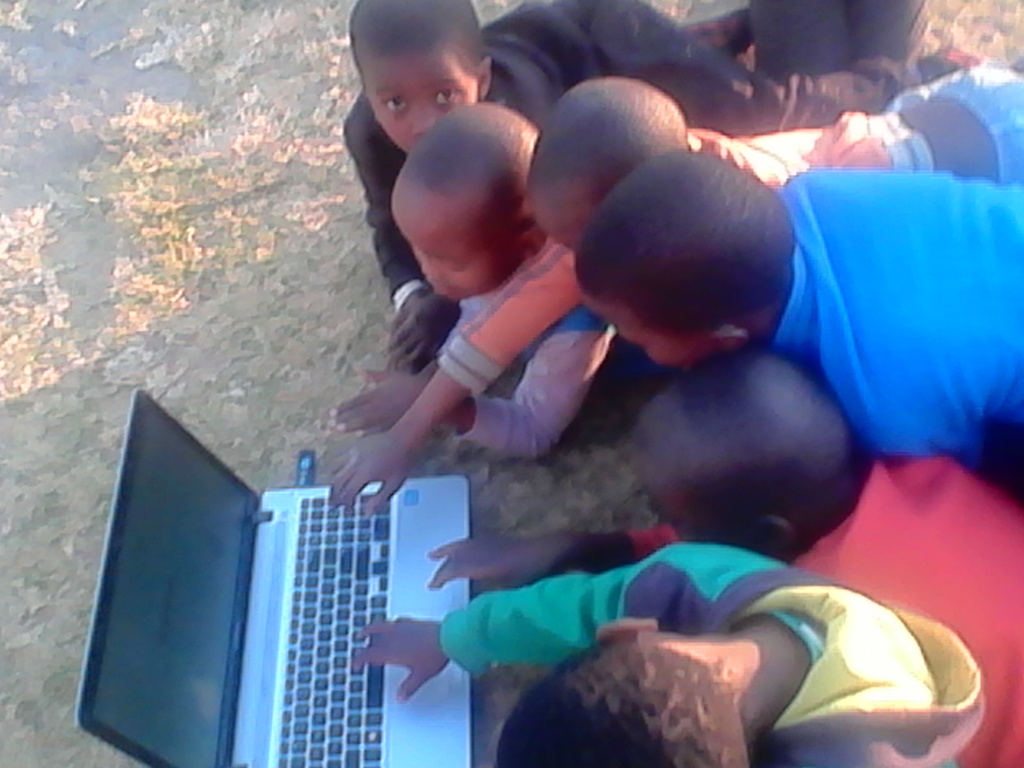 we used this chain moving exercise yesterday in the aim of building strong trust from each other and team work . if we trust each other and work as the team forward we go. 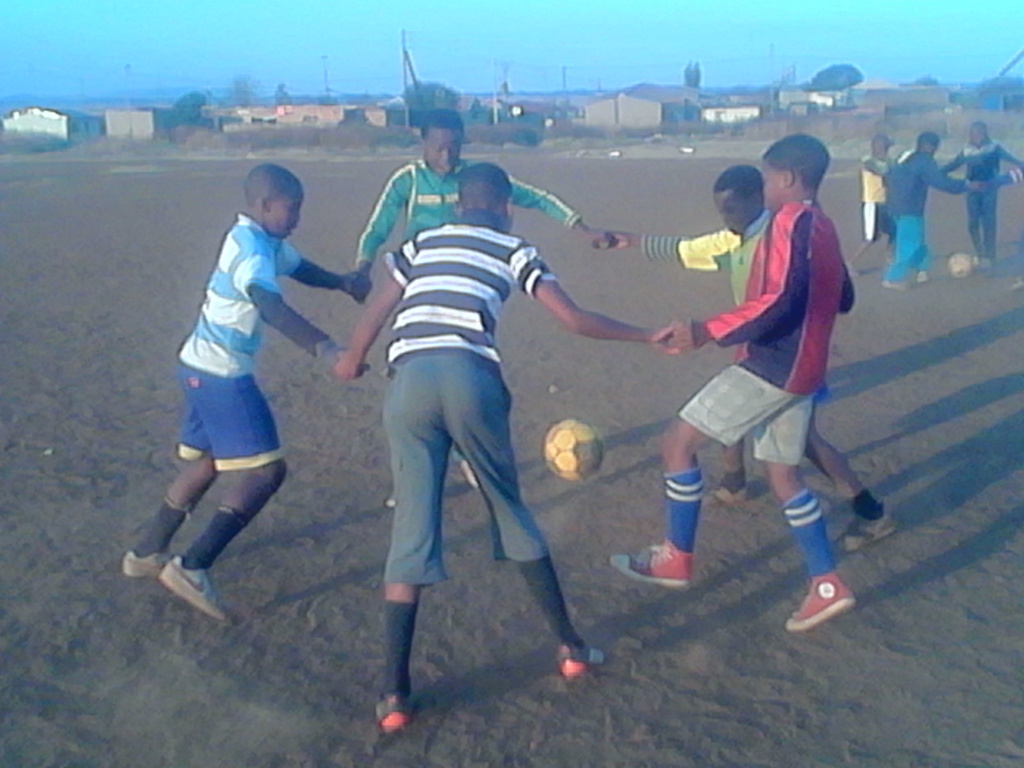 
The kid is a bit special…

after visiting my players to see home lifestyle, our topic for this week will be based on social issues. we will be discussing more about social life challenges that we are facing as the youth of orange farm and try to come up with solutions.

its important as the youth to discuss abt this issues we are facing and expriencing each every day in our society. our brothers and sisters are smoking nyaope, drinking booze, stealing etc.

I Simon Blangwe this is my encouragement words to all Youthzones leaders I know its not easy but: If you want to destroy something you must destroy the negative thinking. Decide in your heart of hearts what really excites and challenge you, and start moving your life in that direction. Every decision you make, from what u eat to what u do with ur time everyday, turns u into who you are tomorrow and the day After that. Look at who you want to be, start sculpting yourself into that person. You… Continue

My ladies team lose a game to the boys

Hello guys it nice to see my struggle to get a win. This weekend we were playing a tough under 15 boys. The boys came with the mansion to beat us and they show as they here to beat as 10 minutes we were down 2-0 we try to play they didn't give as any space to knock the ball insisted they knock quick then as. i was not even surprise to be down so early. We came back in the second half with plan for long ball and speed we managed to score within more than 7 minutes they score third goal all they… Continue

this week royal gunners was playing in honeydew against golden drifters our u13 as usual they won 3-1 same cannot be said about our u15 the were thrased 6-1. our u17 redeemed our u15 by thrashing golden drifters 6-2 but they should have won that game

YESTERDAY MLAMBO ROYAL CUBS F.C make us proud by qualifying to PLAY TO ABC MOTSEPE LEAGUE after they won their first game 2-1 and draw their last game 1-1 to be in position 1 in their goup . they were playing SAB CASTLE LEAGUE PROVISIALLY PLAY-OFFS AT ERMELO E.J SWANEPOEL STADIUM. NOW WE HAVE 2 TEAMS THAT WILL BE CAMPAINING TO ABC MOTSEPE LEAGUE NEXT SEASON WHICH IS PHIVA YOUNG STARS F.C AND MLAMBO ROYAL CUBS F.C