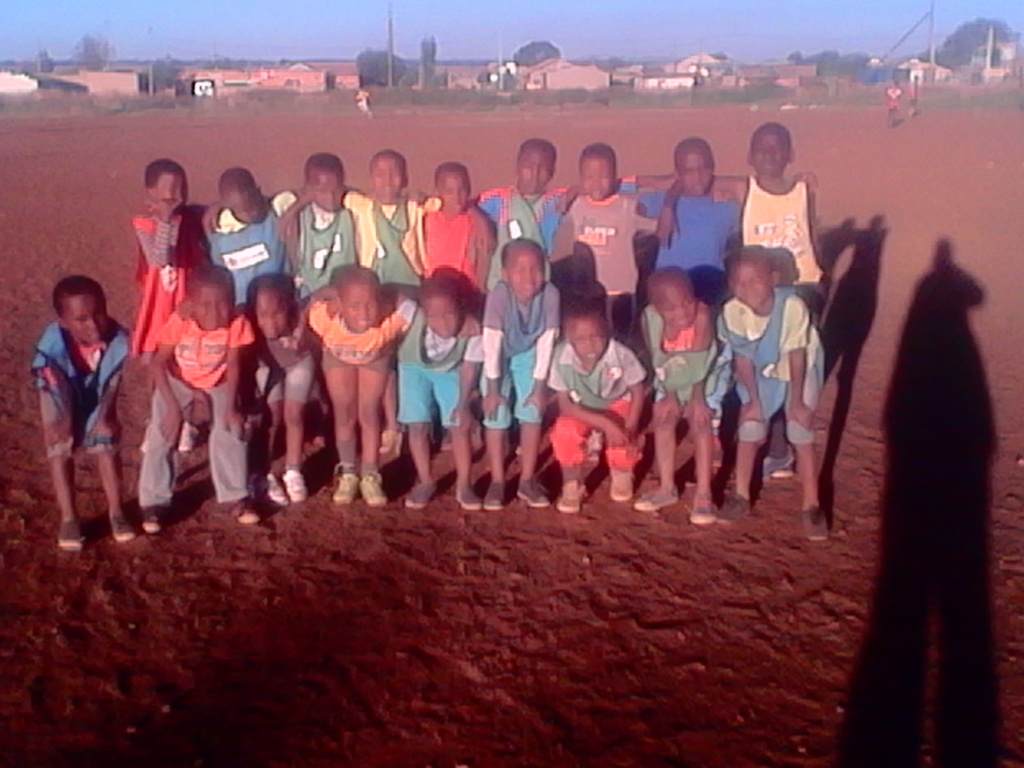 relationship in the name of sport.

we one family e Durban. to spend time together with all my boys its makes feel very safe and confident about spending my part time working with the community by developing throughout sport and art and culture. simunye my brothers and sisters. the change in my boys through all friends games they play preparing for king pie tournament they manage to take position 3 for the first time. in the history of king pie in umlazi.…

This Monday hungry lions from mamelodi visited our site at kameeldrift to make a friendship with us. we played the first game for under 13 where they beat us 3 nil.the young boys really played nice and some hot skills was so fantastic to watch.all the community was happy to see young people showing off their talent. we also played with their under fifteen where we beat them in penalties. all the games was fun and Im happy that the community still want the hungry lions to visit us again…

problems we face as teams

is being a challenging year so far for the team to accommodate all the kids who want to join the team in our site of orange farm and play football, as the team has the shortage of training equipment special soccer balls, we ended up cutting down players and one division of under17. its painful to reject this kids who wanna join the team and be active by playing soccer so that they can stay away from drugs and other bad influence but because of shortage and lack of man power we have to turn down… Continue 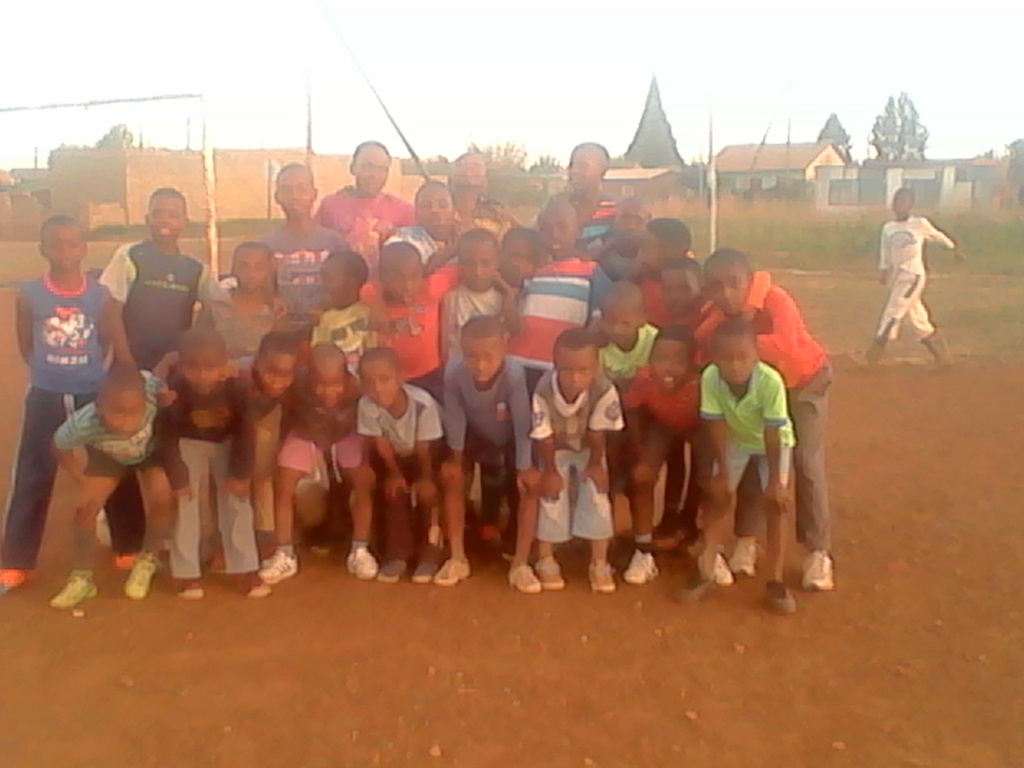 King Pie tournament have show us as coaches of UMlazi that we big job to do to develop our youth. This young players come from the poor family as coaches we have to support them. We play in a gravel field but players they don't care about that the important think to them is to play so thanks Youthzones.… 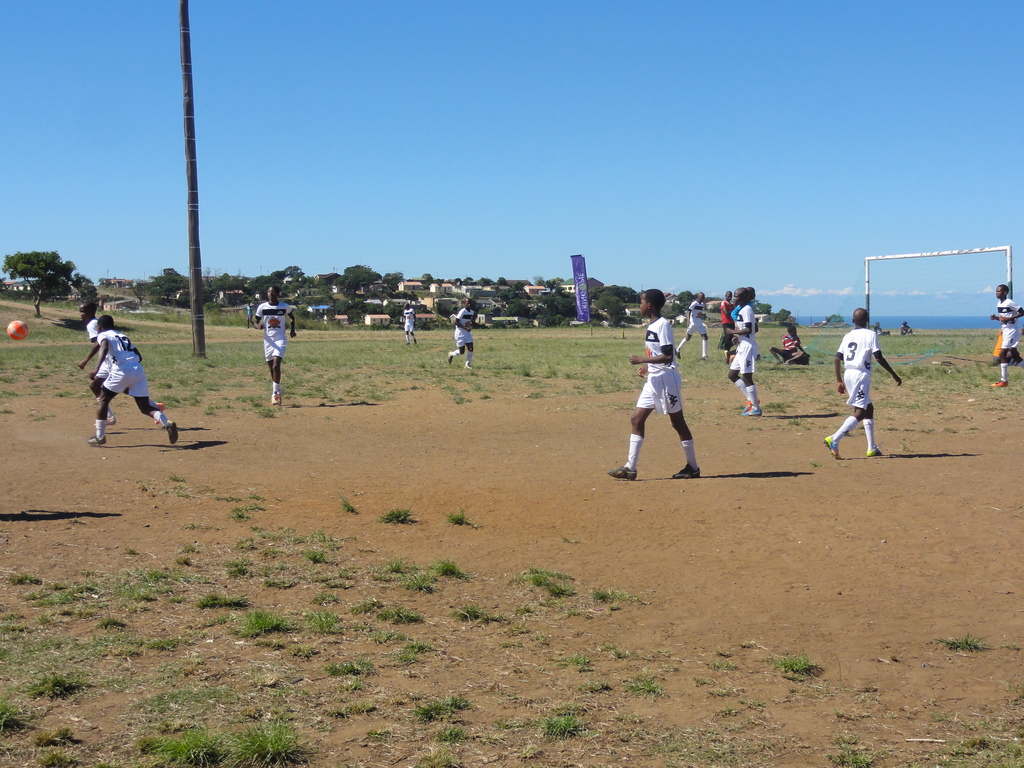 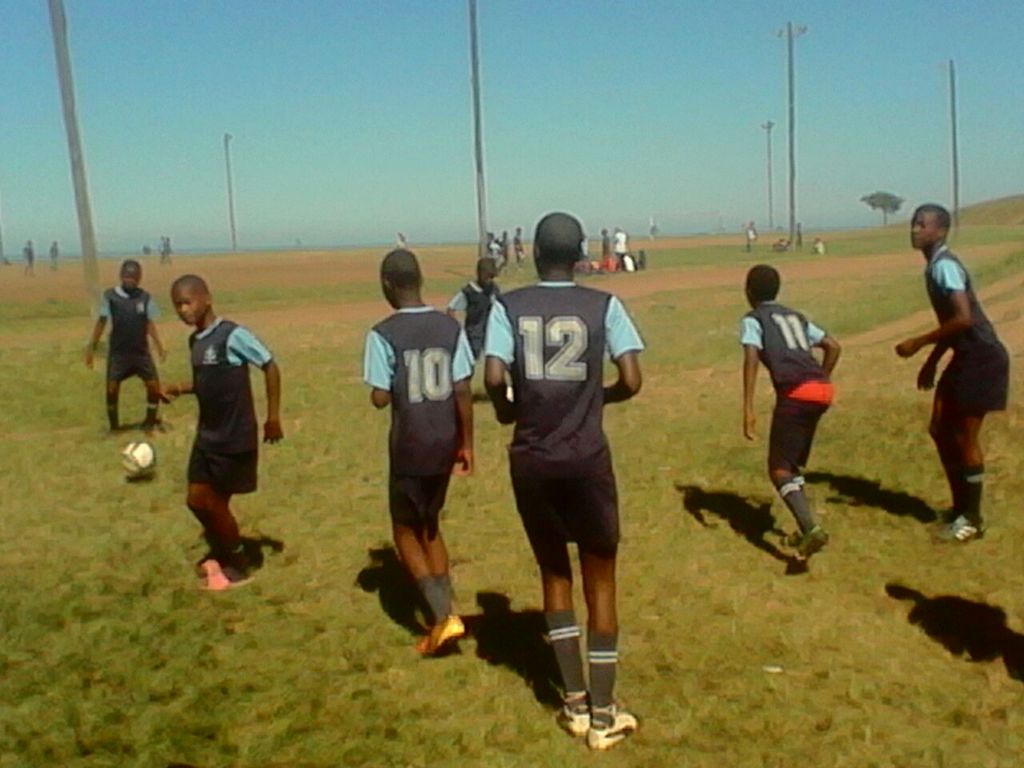 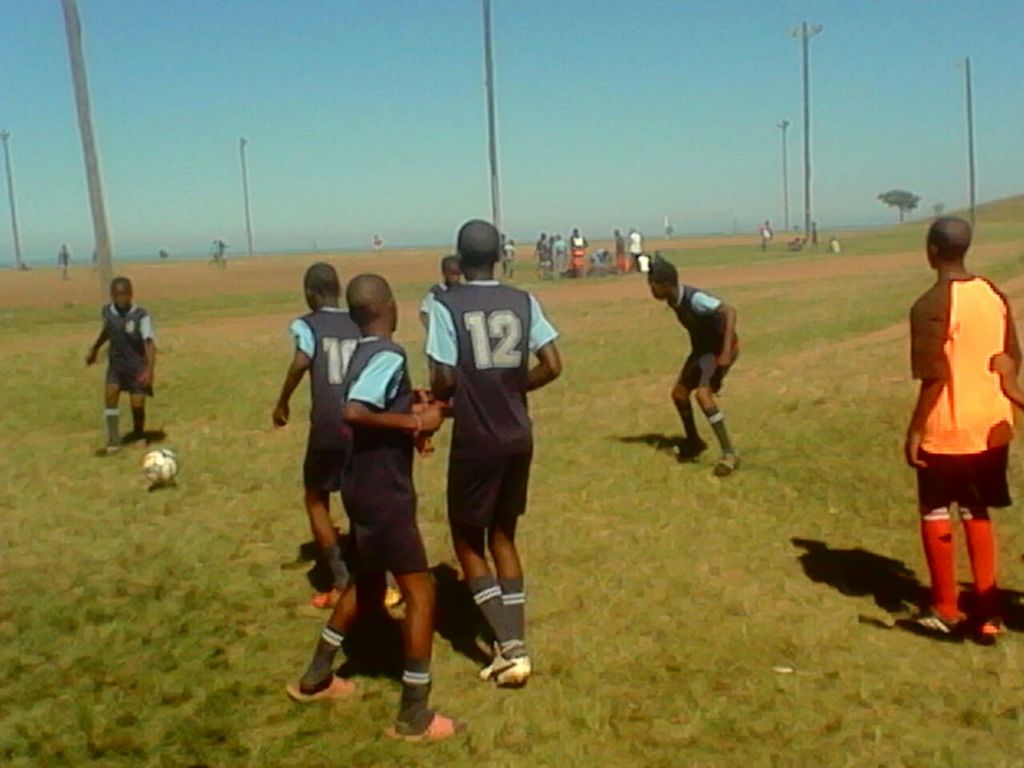 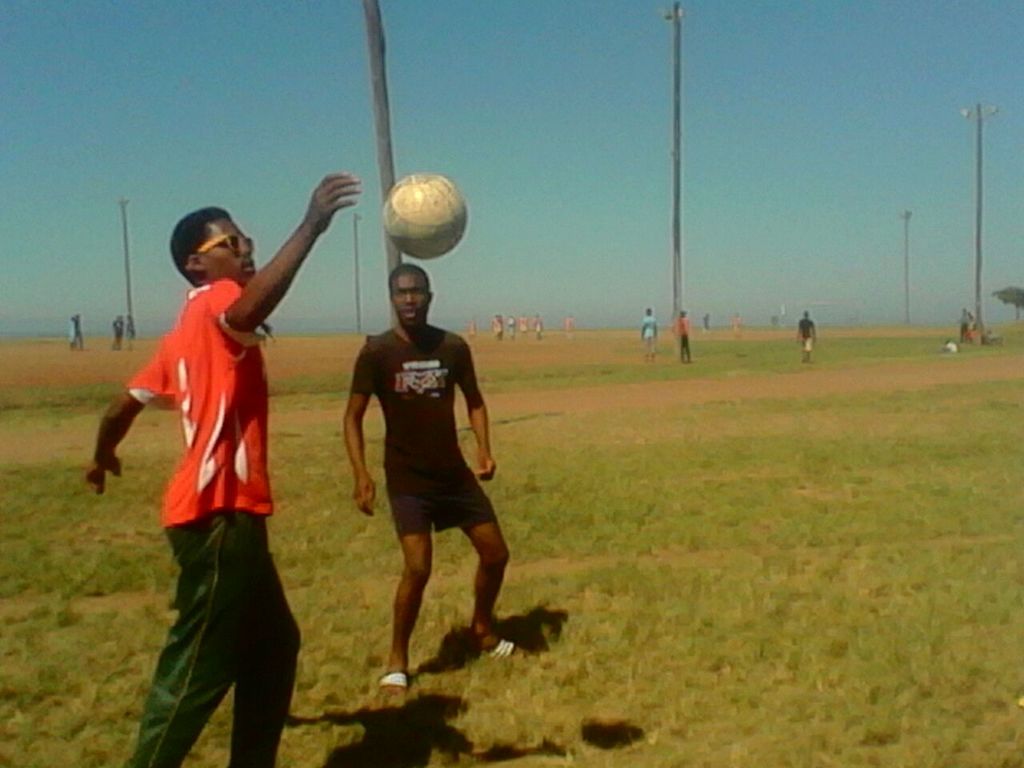 "A YOUTH IN SPORT IS A YOUTH OUT OF COURT" Thanks Youthzones for your supporting our young player to play in a big event like King Pie tournanment. This tournament grow the future of Mzansi Africa one day one of these players will him to one of the big team Premier BuSoccer League it my dream and my communitte. But liyadlalwa ibhola eMlazi the fans came in numbers early from the first game. We started early about 08;30am and the final kick off 16;00 pm the walk away big trophy and gold medals plus 5 2litres cold drinks , runners up…

education is the key to success

"It is the mark of an educated
mind to be able to entertain a
thought without accepting
it.Education is not
preparation for life;education
is life itself.Lets take
Education very seriouse its
the key to many thing in our
life" 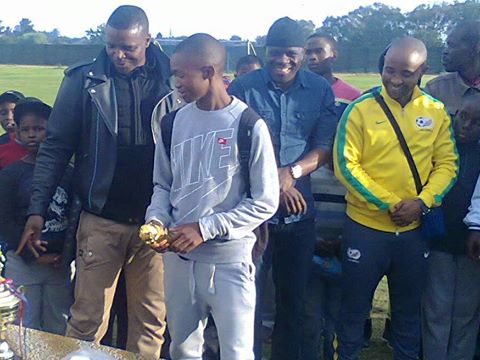 UNISA AND YOUTHZONES COMMUNITY ENGAGEMENT AT KAMEELDRIFT 10th of april 2015

All sports leaders and soccer fans were out in numbers to attend the sports event with unisa as a sponsor. The event started at 12:00 am at sdala's place and everything went well. It was nice for the community to hear the motivational speech from Dr.Debby Pheiffer and Michelle Ovens. we as community we thank a lot to YOUTHZONES for the good work they are doing. I sdala as a coach, I would like to take this opportunity to say thanks to Doctor Mabila for the encouragements he gave me not to… 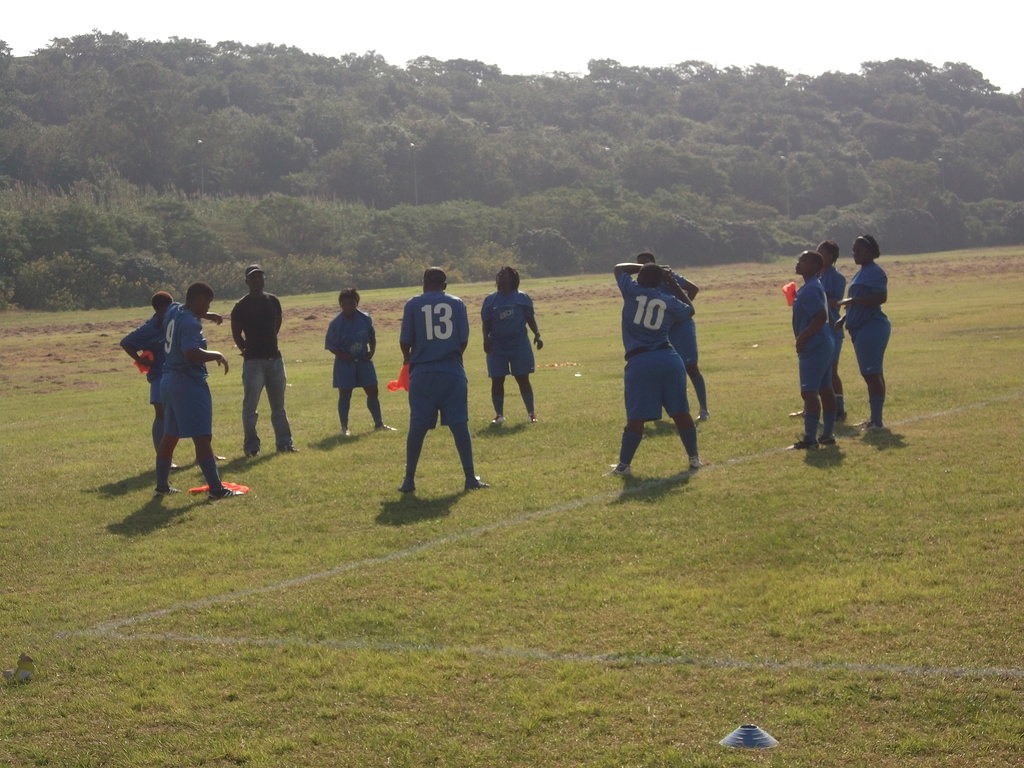 image It is not everyday where an amateur team can boast of a 15 year existence, especially in a region like the Vaal Triangle where football is not a be-it-all nor end-it-all. In an country like ours which is highly unequal and the socio-economic problems are highlighted on a daily basis, it takes more than courage for a few individuals to sacrifice their time and most importantly potential high paying jobs to decide to give it all through football development. The tale of Celta Vigo FC is…

its so sad to see what is currently happening in South Africa. africans killing each other .
why we have to kill each other as brothers and sisters that share african continent. lets take african continent as a one country with different cities/ Provinces. when afcon time arrive we say let africa family unite but now we… Continue

I take this opportunity to thank youthzones family for the great efforts for what us doing in our country and other countries for empowering our communities by uplifting us through sports and life skills also create job opportunities, creating learning opportunities, giving us all the sports equipment and IT staff laptops, with modern with 2gig every months,camera ext
Also growing our families,our teams
THANKS FAMILY

Easter holidays were good for me! i hope everyone youth zone member did enjoy the holidays, back to form one, preparing for tournament and the upcoming league,i hope we going to play very well this time around.… 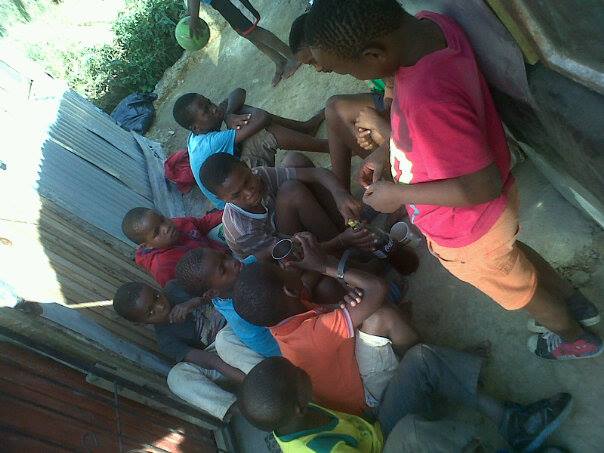